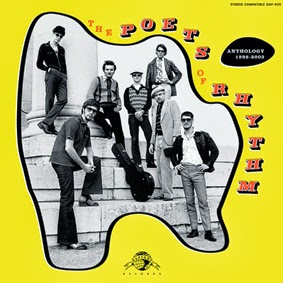 THE POETS OF RHYTHM

Before Daptone, there was Desco. Before Desco, there were The Poets of Rhythm. Back in the ’90s, a time when most of our ears were filled with the alternating din of angsty grunge and synthesized pseudo-soul, a couple of German kids unearthed a raw sound from our own back yard that we hadn’t even remembered burying. Though for a time they reveled in the borrowed nostalgia of bell-bottoms and fur coats, their style was always in spite of fashion, not because of it. They drew from the sound of old funk records, not as a mold, but as inspiration, understanding that sound would always be an origin of their music, but unlike many ‘soul revivalists’ to follow, they never settled for it as a destination. As homage to the undeniably funky frontrunners of the modern soul movement, we are proud to present the definitive collection of Poets tunes, respectfully curated by Daptone staff and the band themselves. It’s been twenty years since their first recording session, and this anthology celebrates their decade-long journey from the raw exuberant rebellion of ‘Funky Train’, to the moody hypnotic explorations of ‘Discern and Define’, and for the first time EVER on wax, the eerie, relaxed groover ‘Path of Life’ – a journey that truly earns them their name: The Poets of Rhythm. ~ grooveattack 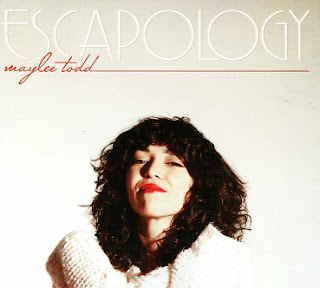 The second set from Maylee Todd – and one that we like even better than the first! Maylee sounds even more soulful and focused than ever before – playing Fender Rhodes alongside her vocals, and really using the keys to shape the grooves in a great way – soulful and slinky, with these classic tones we never would have expected – and which make the album one of the best we've heard from the Do Right label in awhile! As with some of the company's great releases from a decade or so ago, there's an understanding of older soul modes fused with 21st Century freshness – all handled by Maylee with her own words and music, which really gives the set a strong personality of its own. Additional strings and horns slide in at just the right moments to flesh out the sound – and titles include "Baby's Got It", "Did Everything I Could", "First & Last", "Successive Mutations", "I Tried", and "I Can't Stand It". ~ Dusty Groove 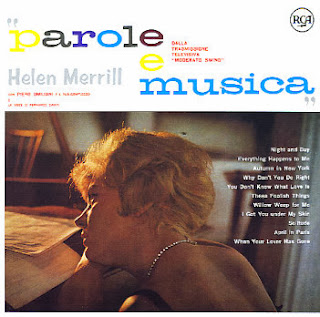 A strange and obscure session that has the cool jazz vocals of American singer Helen Merrill backed by a small Italian combo led by soundtrack composer Piero Umiliani – a wonderful mix that really makes the album an unusual one for Helen! The music was originally recorded for a TV program in Italy, and each track is preceded by an Italian voice, reciting Italian versions of the lyrics over spare musical backing – then Merrill's voice comes in with a bigger jazz group, singing each track in English – a very nice level of presentation! And although the whole thing sounds crazy, it actually works well – and gives the album a compelling edge and kind of a sexy late-night quality. Tracks include "Solitude", "Everything Happens To Me", "Night & Day", "Why Don't You Do Right", and "Willow Weep For Me". (Blue Spec CD.) ~ Dusty Groove