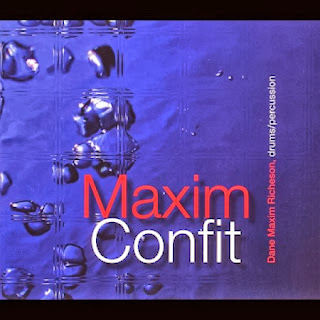 Maxim Confit is a mix of jazz and world music influences that features renown artists such as David Liebman---saxophone, Joe Locke--vibes/marimba, Jamey Haddad--drums/percussion, Bill Carrothers--piano, Vic Juris---guitar, Michael Spiro--percussion. Each track is unique with using different instrumentation and abrupt changes in musical styles. For instance, track one, Simbomba, features the African Kora (played by Kane Mathis) playing a traditional song of Gambia and arranged by Ken Schaphorst. Track two is a break beat version of Monk's Evidence that moves through several mood changes lead by Joe Locke on vibes, Jose Encarnacion on sax, and Bill Carrothers on piano. 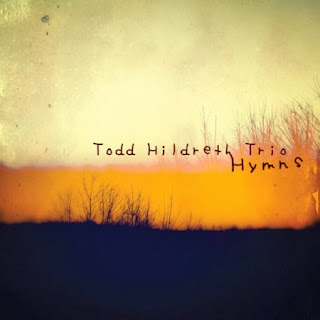 Todd's first instrument was the accordion at age 10. He took to the instrument well, but found himself switching to piano after seeing a performance by Jerry Lee Lewis at age twelve. Todd found a gift for improvisation, but didn't take his talents seriously through high school. Todd enrolled in Bellarmine College (now Bellarmine University) in 1985 with the intention of becoming a high school English teacher. As he roamed the campus and found empty practice rooms to play around in, he began to befriend students and faculty at Bellarmine. By the end of his first semester, he switched his major to Music with a Jazz Emphasis (though he would go on to earn an additional BA in English from Bellarmine). For the next ten years, Todd would make his living as a freelance jazz, commercial, and liturgical musician, quickly gaining the reputation as a creative and versatile improvising musician. In 1992, he founded the Java Men, an all-original jazz unit that won the LEO poll's "Best Jazz Band" four consecutive times. Java Men released four CDs in their 12-year existence, and toured the country several times, making several appearances at The Knitting Factory in New York City. In the year 1999, Todd was invited to join the faculty of Jamey Aebersold's Summer Jazz Camps. The faculty has boasted such luminaries as David Baker, Kenny Werner, Eric Alexander and Lynne Arriale. Shortly afterward, he was asked to become the music director for Ascension Lutheran Church in Louisville, and was hired by Bellarmine University to join their Jazz and Music Technology faculty. In the course of his career, Todd has performed with, recorded with, or opened for The Coasters, The Platters, Martha and The Vandellas, Eugene Chadbourne, Jimmy Raney, Conrad Herwig, Buckwheat Zydeco, The Monkees, Liberation Prophecy, Love Jones, King Kong (at Lollapalooza), Dave Stryker, Victor Wooten, The Shangri-Las, Brian Setzer, Liz Phair, Aretha Franklin and Nora Jones. 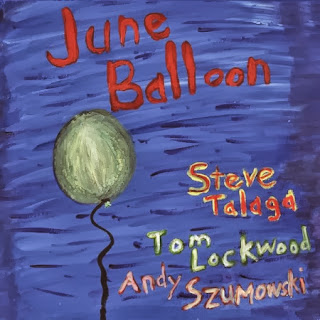 This CD was recorded in two sessions. It just fell into place so quickly with so little effort. A truly joyful experience. I've been making music with these two band-mates in a number of ensembles for many years and it shows in the musical telepathy you'll hear on this recording. These were a bunch of my compositions that cover a lot of stylistic territory, and I wanted this CD to be a snapshot of just how broad we can range as a trio...though there is one solo keyboard piece. We had a lot of fun making the record and I think that shines through in the music. I hope you love it! In case you're wondering, all the keyboard sounds are onboard my new Nord Stage 2...a glorious instrument!
~cduniverse