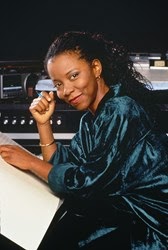 This advisory team works diligently to make sure all PTG songs, music styles, charts and teacher methodologies are educationally sound while being exciting, engaging and challenging for middle, high school and college students to play. The advisory team also creates effective and detailed guidelines that introduce these modern, global styles while giving beneficial tips for teachers and students on the new material.

"This is not your average, common musical program," Rushen said. "PlayTheGroove allows all musicians to dive right in regardless of skill level, number of people in the band or orchestra & no matter how diverse instrumentation... it gets you to the music you love right away."

PlayTheGroove President and founder Richard Frank recognized the lack of modern world music in today’s schools and developed the site to address that void. "We’ve named our first signature product ‘PlayTheGroove Platinum Unison Chart’," he said, "because ‘standard’ is what everyone else does! Our charts are immensely flexible & work for any instrumentation or group size and they come with an expanded rhythm section at varying skill levels."

Frank also emphasizes the importance of unison charts when learning new music. "I’ve talked to high school seniors who have never played a melody on their instrument. These charts allow everyone to play the melody while learning about rhythm, phrasing, improvisation, theory and tone - all at the same time."

PlayTheGroove’s goals include music education integration such as in-school/on-site clinics and performance exposure. The company currently works with the nationally recognized USC Popular Music Program, utilizing students who are proficient in instrumental and vocal chart preparation. PTG has designed professional development presentations and is a part of Tony White's award-winning Beyond the Bell program. Together, they are introducing exciting contemporary world music styles & fresh handcrafted charts and learning modules directly to music programs of the Los Angeles Unified School District. A new force in music education, PlayTheGroove is forging similar partnerships & programs in other school districts.
Multi-Grammy nominated artist, Patrice Rushen, is fashioning her career after the legacy of her long-time friend and mentor, Quincy Jones. Composer... Producer... International Recording Artist... Rushen has definitely earned the respect she has been awarded by her peers in the music industry.

PlayTheGroove’s mission is to create a necessary paradigm shift in music education by fine-tuning & expanding the tools required to teach & learn new music. It is a one-stop destination for the distribution of printable/digital PDF charts and mp3s in modern world music styles. In addition to professional, detailed lead sheets for all rhythm section-based instruments, the company includes group packs that have comprehensive parts, scores and guidelines a teacher needs for a school group of any size to perform the song. Ushering in a 21st century approach that allows new music from a broader, more diverse spectrum, PlayTheGroove is aiming to stimulate a cultural evolution in schools that mirrors the changing landscape of musical preferences, cultural heritage, demographics & unprecedented global access through digital tools. All songs, charts and teacher guidelines are edited and educationally approved through an elite team of professional music educators.