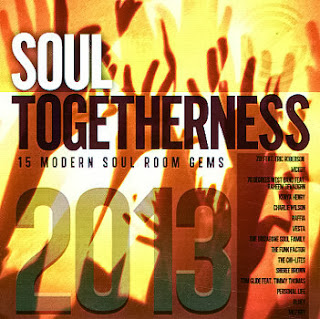 Soaring contemporary grooves – and a great installment in this excellent series of modern soul! This time around, the tracks are even more modern than before – almost all numbers from recent recordings, but pulled together in a way that really highlights some gems that we would have missed otherwise – including a few key cuts that haven't been in strong circulation otherwise! Think of the groove as Neo Soul for the dancefloor – with great vocals and lots of warm rhythms – and dig the track selection that includes "Gimme Dat" by Kenya Henry, "Can We Talk About It" by Vesta, "Into My Life" by Raffia, "Bein In Love With You" by Sheree Brown, "The Party After (Reel People rmx)" by Muzart, "Got To Let My Feelings Show" by Bluey, "Classic Lady" by Personal Life, "Runnin Around" by The Chi-Lites, "Sweet Heaven (12 Shades summer shuffle)" by Tom Glide with Timmy Thomas, "I Still Have You (Soulpersona rmx)" by Charlie Wilson, and "Something" by 76 Degrees West Band with Raheem DeVaughn.~ Dusty Groove 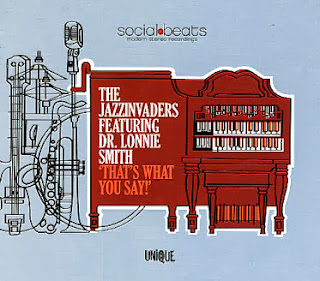 The Jazz Invaders here are tighter than ever – and not just because they've got some heavy Hammond help from the legendary Lonnie Smith! Smith's definitely a key part of what makes this album so great – and his organ lines have a sharpness and depth that really stands out from the rest of the group – kind of an extra level of sound that really makes the whole thing sparkle! Yet the group themselves are pretty wonderful too – much more righteous than ever before, going past just a combo who can copy the best jazz modes, into the realm of one that's more than capable of making some mighty fresh sounds of their own. Linda Bloemhard sings on a few cuts, with this raspy edge that's pretty cool – but the instrumental push is what really makes the record shine. Titles include "Square Blues", "Little Sunflower", "Buzzin", "Song For Lonnie", "Tastich", "Nelson", "Mellow Mood", and "Tie Am". ~ Dusty Groove 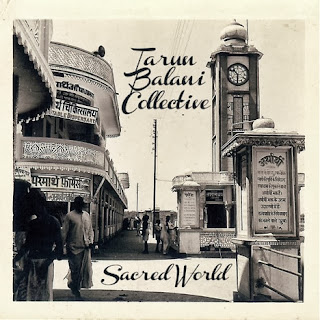 Sacred World, the debut recording from Tarun Balani, showcases the New Delhi-based drummer's far-reaching vision as a composer and bandleader. Featuring a quintet that unites Balani and fellow Indian musicians Aditya Balani (guitars), Sharik Hasan (piano) and Suhail Yusuf Khan (vocals and sarangi), with bassist Bruno Raberg, a Swedish expatriate who now lives near Boston, Balani creates a sound palette that peers across musical borders to unite Indian idioms and inventive American jazz. Recorded in August 2012, in Mumbai, India, Sacred World is set for American release on October 22nd. Balani makes a bold statement through his compositional maturity and ingenious use of diverse instrumentation, confidently mixing Eastern and Western traditions, the old and the new. While such performances as "Belief" and "The Other Side" feature Hasan's prodigious piano improvisations, and "Sacred World" showcases Raberg's serenely intoned bass, tunes including "Azaan" and "Arjuna" make arresting use of Aditya Balani's fretless guitar and Suhail Yusuf Khan's vocals and sarangi. Balani's expansive musical conception allows for different traditions to converse with one another on their own terms, and to allow the in-between space that they share to emerge organically. This inclusiveness reflects Balani's restless desire to envision himself a holistic artist, inspired by his Indian roots as synthesized into his jazz work.In India, Balani was a member of such bands as Incognito, Advaita and Artistes Unlimited. When he was 18 years old he attended Drummers Collective in New York City, an experience that drew him more closely to jazz and inspired him to continue studies at the renowned Berklee College of Music in Boston. There he focused on performance and composition; his important percussion instructors included Ralph Peterson Jr. and Jamey Haddad. Balani was also the school's first Indian student to be selected for the Berklee Global Jazz Institute where he was mentored by Danilo Perez, John Patitucci, Joe Lovano and George Garzone.Balani is also a leading music educator and teacher in India where he is the co-founder and Artistic Director at the Global Music Institute in New Delhi. The first of its kind in India, the Institute aims to promote musical diversity, with an emphasis on national and international collaboration.