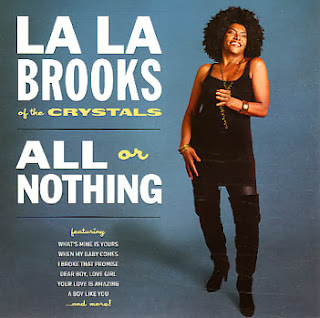 LA LA BROOKS - ALL OR NOTHING

Brand new solo work from La La Brooks of The Crystals – a singer who first worked with Phil Spector when she was only 13 years old – and who still sounds pretty darn great all these many years later! The folks at Norton have kept the record strongly in an old school 60s soul mode – a style that works perfectly with La La's lead, as she works her way through a surprisingly great range of tunes – not just soul numbers, but a few surprising rockers from the Small Faces, Bee Gees, Willy DeVille, and others – tracks that really help bring a mod soul vibe to the album. Titles include "All Or Nothing", "A Boy Like You", "Crazy For You", "Dear Boy Love Girl", "I Broke That Promise", "Sun Is Shining", and "Two Is Company". ~ Dusty Groove. 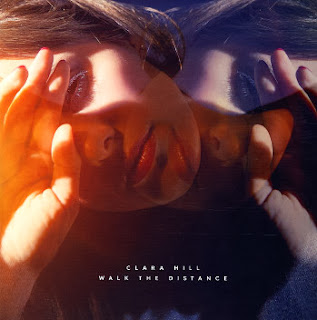 It's been many years since we last heard from Clara Hill – an artist we first fell in love with about a decade ago, as part of the Sonar Kollektiv scene in Germany – and she's really grown a lot in the process, and has started to do some amazing things with her music! The Hill heard here is heavy on analogue electronics – loads of cool keyboards and deep bass bits that almost feel like they're lifted from the left field of electro work from the early 80s – yet handled with more sophistication, and turned towards some of the more soulful phrasing we've come to expect from Clara. Vocals are still a part of her picture, but much less so than before – which leaves lots of room for the instrumentation, which often initiates the feel of a tune before Clara's lyrics slide in. Titles include "Night Work", "Walk The Distance", "Lost Winter", "Heading Out", "Insomnia", and "Dripstone Cave". ~ Dusty Groove 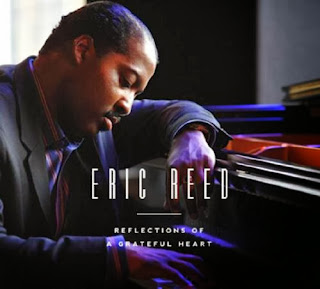 Reflections Of A Grateful Heart is the latest CD release from Eric Reed, one of the most innovative pianists in modern jazz. This CD features Reed in a rare solo piano setting, performing jazz and gospel selections and celebrating the music that has been this critically-renown artist's greatest influences. The CD includes the gospel standards I Love The Lord by Richard Smallwood, Changed by Walter Hawkins, and solo piano renditions of Reed's own compositions Prayer, and New Morning. Reed, whose first performances were in his father's storefront Baptist church, was bitten by the jazz bug after hearing recordings by Art Blakey, Ramsey Lewis and Dave Brubeck. Reflections Of A Grateful Heart is the continuation of Reed artistically blending his jazz and gospel influences in a unique fashion. ~ Amazon