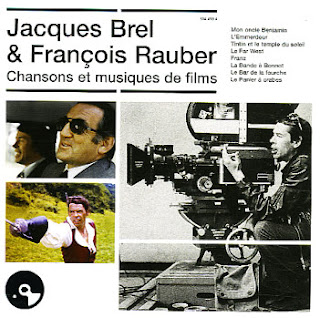 A great look at a much lesser-known side of the career of French singer Jacques Brel – his key performances in films of the late 60s and early 70s, most of which received strong musical backing from his longtime arranger Francois Rauber! Brel didn't always sing on screen – he was a surprisingly great actor, too – especially in comedies – but his movies often featured a vocal number or two as part of the package, and Rauber was often on hand to provide some deft touches to the score! This 2CD package is the first to explore this lost legacy in Brel's career, and is a really great balance between his own vocal performances and instrumental numbers from Rauber – 42 tracks from films that include Le Far West, Le Panier A Crabes, Mon Oncle Benjamin, L'Emmerdeur, Le Bar De La Fourche, Tintin Et Le Temple Du Soleil, La Bande A Bonnot, and others. ~ Dusty Groove. 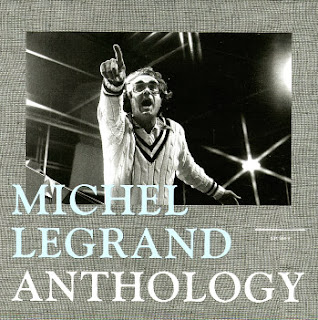 A massive amount of music from Michel Legrand – a sublime set that goes way beyond his famous soundtrack work, to offer up jazz, vocal, pop, and even symphonic material as well! The box brings together 15 CDs, each of which offers up a sublime slice of Legrand's genius – lots of which has never been presented on CD before. The set includes the instrumental albums I Love Paris and Legrand In Rio, the jazz albums Legrand Jazz and Plays Richard Rogers, a Tribute To George Gershwin, the Stan Getz album Communcations 72, the Bud Shank album Bud Shank Plays Michel Legrand, a CD of Original Arrangements & Songs, a CD of Vocal Performances from the mid 60s, a CD of collaborations with Jacques Demy, harp/piano duets on Jazzic In Classic, a CD of Symphonic Works, a CD of Legrand's work interpreted by International Performers, a CD of Stage Musical compositions (Monte Cristo, Jarry Sur La Butte, and Bistro), a CD of work from Animated Films (including Oum Le Dauphin Blanc, La Flute A Six Schtroumphs, and Il Etaite Une Fois L'Espace), a Tribute To Alain Delon (La Piscine/unused music from Le Cercle Rouge), a CD of work for Joseph Losey films (Eva, The Go-Between, and Les Routes Du Sud), and a CD of music for American Movies (Castle Keep, Portnoy's Complaint, It's Good To Be Alive, and Gable & Lombard). 300 songs, and over 17 hours of music – plus a great booklet too! ~ Dusty Groove. 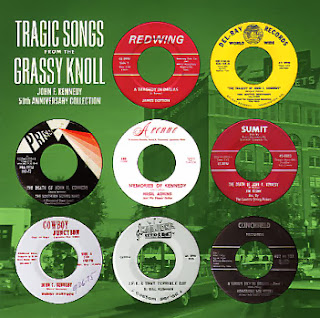 One of the weirdest sub-genres of music you'll ever hope to discover – a whole host of songs that were issued in the wake of the untimely early death of John F Kennedy – a batch of tribute tunes to the late president, served up in a unique collection of rare singles! There's a surprisingly large number of country songs on the set – no surprise, as the story format of the genre works perfectly for the tributes – as does the country style of stepping out with a monologue in the middle. A few other numbers are more rocking, but in a somber way – and all together, the singles unearth this lost musical legacy that really demonstrates the power of the man at the time. Titles include "Memories Of Kennedy" by Hasil Adkins, "Tragedy Of John F Kennedy" by The Justice Brothers, "A Tragedy In Dallas" by James Dotson, "John F Kennedy" by Buddy Pastuck, "Lee Harvey Was A Friend Of Mine" by Homer Henderson, "Two Brothers" by Bobby Jenzen, "Tribute To President Kennedy" by Johnny Dee, and "A Sunny Day In Dallas" by The Honorable Bob Peters. ~ Dusty Groove.