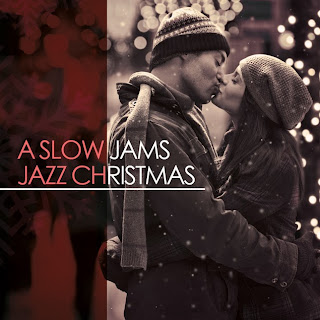 PEGGY DUQUESNEL - ALL I ASK FOR CHRISTMAS

There is always a bit of an uproar when Santa and the elves debate over music preferences while toiling away in their North Pole workshop preparing for the big night. Some prefer swinging to straight-ahead jazz instrumentals while others prefer contemporary vocal numbers. Multidimensional pianist and vocalist Peggy Duquesnel’s “All I Ask for Christmas” is certain to satisfy everyone with her generous 21-song collection that will be released November 5th by Joyspring Music. Duquesnel produced the two-CD set - one acoustic jazz instrumental disc and one vocal disc - offering fresh arrangements of seasonal standards along with four new songs that she composed and recorded as both instrumental and vocal selections. The entire album will be serviced to jazz radio stations while smooth jazz outlets will be gifted with the single, “Hark the Herald Angels Sing,” featuring genre star Rick Braun’s regal flugelhorn.

On the vocal disc, Duquesnel sings and scats three duets with debonair vocalist Bill Cantos: the bebop title track penned by Duquesnel; the aptly titled “Breath of Heaven (Mary’s Song),” which was written and recorded by Amy Grant; and another new Duquesnel gem, “Under the Christmas Tree,” a romantic country gospel waltz adorned with Leach’s pedal steel guitar. Talented newcomer Emma Werderman impresses with a vocal full of moxie during a duet with her mentor (Duquesnel) on the stunning “Mary Did You Know” further illumined by Duquesnel’s piano eloquence. Duquesnel’s glowing jazzer “Light of Christmas” and the waltz-like “Christmas is Here” are new songs written with warmth, familiarity and timeless qualities that have the potential to become enduring evergreens.

“The album concept is to take familiar Christmas songs and put them with unique arrangements that have a jazz influence, but that are all accessible to a broad audience. In the process of making the album, I decided to do instrumental versions of the vocal songs. I am both a vocalist and an instrumentalist and enjoy playing these songs just as much instrumentally as vocally. For the listener, having both versions makes a lot of sense because they set two entirely different moods,” said Duquesne. ~ www.PeggyDuquesnel.com. 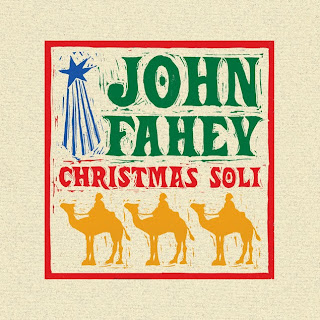 John Fahey’s Guitar Soli Christmas album is the acoustic guitarist’s visionary 1968 set, was a scintillating collection of solo steel-string adaptations of beloved traditional Yuletide melodies (“Joy to the World,” “We Three Kings of Orient Are,” “God Rest Ye Merry Gentlemen”). It reportedly sold more than 100,000 copies on Fahey’s own Takoma label, tabbing it as his best-selling album, and inspired several more memorable holiday sets from the guitarist: Christmas With John Fahey Vol. II (1975, also on Takoma), Christmas Guitar Volume One (1982, on the Varrick label), and Popular Songs of Christmas & New Year’s, a duet collection with fellow guitarist Terry Robb (1983, on Varrick).

All four of those brilliant albums are generously represented on Fantasy’s newly compiled Christmas Guitar Soli With John Fahey, a 14-song compilation of highlights from Fahey’s Yuletide catalog. Scheduled for October 29 CD release, the collection provides a lovely soundtrack for the upcoming holiday season and boasts newly created cover art by Tom Weller, who designed the artwork for many of Fahey’s original Takoma albums, that’s done in the style of those classic sets. In addition, Fantasy will reissue The New Possibility: John Fahey’s Guitar Soli Christmas Album in its original vinyl LP form on November 5.

The new CD’s first five selections (the three mentioned above, plus “Auld Lang Syne” and a medley of “Hark, The Herald Angels Sing” and “O, Come All Ye Faithful”) hail from the classic ’68 set. “Oh Holy Night,” “Carol of the Bells” (a duet with guitarist Richard Ruskin), and a medley of “Oh, Tannenbaum,” “Angels We Have Heard on High,” and “Jingle Bells” are taken from his 1975 follow-up LP. Moving over to the Varrick imprint, Fahey recorded “The First Noel,” “It Came Upon a Midnight Clear,” and “Silent Night, Holy Night” for Christmas Guitar Volume One, while “Santa Claus Is Coming to Town,” “The Christmas Song,” and a medley of “Deck the Halls With Boughs of Holly” and “We Wish You a Merry Christmas” hail from the duet album with Robb. The compilation’s 14 selections summarize Fahey’s long-term commitment to finger-picking timeless Christmas melodies on his acoustic axe.

Born February 28, 1939 in Washington, D.C., Fahey was brought up from age six in suburban Takoma Park, Maryland (inspiring the name of his future label).  Blending country, bluegrass, and blues into a groundbreaking guitar technique that also incorporated classical influences (a hybrid later termed American Primitivism), Fahey first recorded in 1958 and released his debut album (which introduced his alter ego of Blind Joe Death) the next year on his fledgling Takoma imprint. Only 100 copies were pressed initially. In 1963, Fahey and fellow record collector ED Denson tracked down pre-war blues legend Bukka White, recording him anew for Takoma and relaunching White’s career. Fahey released his own Takoma encore set, Death Chants Breakdowns and Military Waltzes, during this same period.

While not releasing all of his subsequent albums on Takoma, Fahey continued to record prolifically for the label that he founded into the early 1980s. He weathered a bout with ill health and lived in poverty for a time, but made a heartwarming comeback during the ‘90s. Fahey died February 22, 2001 following a coronary bypass operation.

The concept of playing holiday classics on acoustic steel-string guitar was unheard of until Fahey explored the tantalizing possibility. Christmas Guitar Soli With John Fahey collects the best of his Yuletide performances on one warmly inspiring collection.