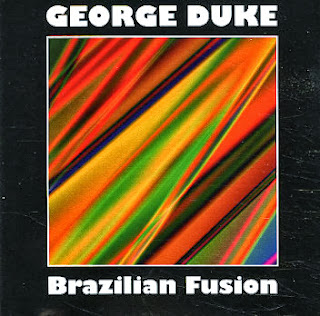 A dream of a set – at least to our Brazilian-loving ears – a special package that brings together all the best Brazilian-flavored cuts from George Duke's late 70s run on Epic Records! The package is filled with wonderfully sunny grooves throughout – tunes that sparkle and soar with mighty nice rhythms – topped with loads of keyboards from George, and vocals that often have a scatting, breezy style that's plenty sweet – American soul influenced by Brazilian grooves, in a sound that's a bit like the feel of Earth Wind & Fire's "Brazilian Rhyme". It's wonderful to have these cuts all together, and the set feels like a dream album we would have compiled ourselves – with titles that include "Omi", "The Future", "The Way I Feel", "Sunrise", "Festival", "A Melody", "Ipanema Lady", "Corine", "Positive Energy", "Let Your Love Shine", "Thinking Of You", "Your Life", and "Yeah We Going". ~ Dusty Groove 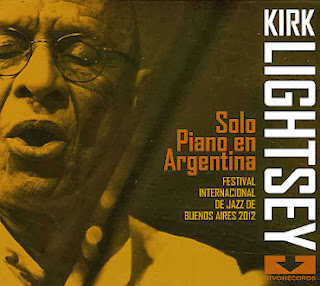 Kirk Lightsey's a pianist who really knows how to open up in just the right setting – which he definitely does here in this sublime solo performance from Bueno Aires! Lightsey's got a wonderfully lyrical touch – that balance of soul and sensitivity that's always made him one of the most expressive pianists of his generation – and even more so once the company on a session gets slim. Tracks are all quite long, but handled at a level that's always personal, but very powerful too – quite exploratory, but without ever being too far out – that special sort of blend that Lightsey does so well. Titles include "Habiba", "Pee Wee/Heaven Dance", "More Than You Know", "Goodbye Mr Evans", and "Infant Eyes". ~ Dusty Groove 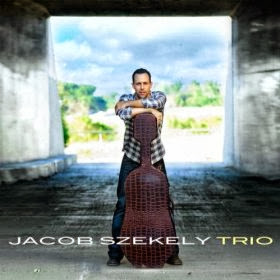 
Describing distinguished cellist Jacob Szekely’s newest recording with words like “cerebral” and “soulful,” critics have praised the indie musician’s innovation and creativity. According to Szekely, largely credited for transforming the cello into a credible lead jazz instrument, the “soulfulness” on the recording wouldn’t have been possible without his cello made by Eric Benning, a Los Angeles-area luthier who also crafts violas and violins. “It was perfect timing for both of us,” stated Benning. “I had just made a Stradivarius model cello with some absolutely gorgeous wood I had been saving. Just as I was completing it, Jacob was looking to purchase something high-end. His career was starting to take off.” The CD, titled “The Jacob Szekely Trio,” which includes the talents of pianist Josh Nelson and drummer Christopher Allis, has received decidedly rave reviews from acclaimed music critics such as Brian Arsenault of the International Review of Music, who effusively stated: "The cello in Szekely’s special hands is transformative, literally. At times a guitar, a bass guitar, a violin, a harp. But always, always a cello. Is there anyone else in the world who plays the instrument like this?" Szekely states that the recording and reception would not have been possible without Benning’s cello in his hands. “It just wouldn’t have been possible without Eric’s instrument. My Benning cello is an inspiration to me. Whether I'm recording or performing, this soulful instrument empowers me to play from my heart and express what I always hope to express.”
Posted by Jazz Chill at 10:54 AM