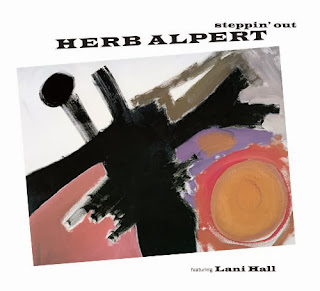 Steppin’ Out includes 16 songs, including a contemporary version of Irving Berlin’s “Puttin’ on the Ritz,” a video for which has just been released. The music has an undeniable charm coupled with an energetic and intricate dance routine choreographed by the Emmy® award-winning team from So You Think You Can Dance, Napoleon & Tabitha D’umo, creating a magical pied piper-like scene. The video features musicians Lani Hall, Bill Cantos, Hussain Jiffry, Michael Shapiro and dancer Vincent Noiseux alongside corps dancers like Kherington Payne and others from So You Think You Can Dance USA, America’s Best Dance Crew, Dancing with the Stars, This is It, and Step Up. The video follows the lead dancer in one single seamless camera shot, without any edits, on a musical journey, motivating everyone he passes to join the promenade.

Cantos composition “Green Lemonade,” Harry Warren and Al Dubin’s “I Only Have Eyes For You,” featuring vocals by Hall, Ruben Fuentes Gasson’s “Good Morning Mr. Sunshine,” from the Tijuana Brass’ 1969 album The Brass Are Coming, the commanding ballad “Oblivion,” written by Astor Piazzolla,  Irving Berlin’s “What’ll I Do,” featuring vocals by Hall, the Alpert/Lorber/Cantos composition “Cote d’Azur,” a fresh version of Edith Piaf’s perennial favorite “La Vie En Rose,” Carl Sigman and Charles Dawes’ “It’s All In The Game” featuring Hall, Carlos Santana and Thomas J. Coster’s “Europa,” Ziggy Elman and Johnny Mercer’s "And The Angels Sing,” which originally appeared on Alpert’s Going Places, Johnny Mercer and Hoagy Carmichael’s “Skylark,” and Alpert and Jeff Lorber’s “Migration,” with lyrics written by Bill Cantos and vocals by Hall. Closing out the album is the 50th Anniversary version of “The Lonely Bull,” composed by Sol Lake and first released on Alpert’s debut album on A&M Records.

Steppin’ Out features Herb Alpert on trumpet and vocals, Lani Hall on vocals, Bill Cantos on keyboards, Michael Shapiro on drums and percussion, Hussain Jiffry on bass, Coco Triuisonno on bandoneon, and Ramon Stagnaro on acoustic guitar. Herb Alpert and Lani Hall produced the bulk of the album, while “Puttin’ on the Ritz” was produced by Randy “Badazz” Alpert and Herb Alpert. “Jacky’s Place,” “Green Lemonade,” “Côte d’Azur,” and “Migration” were produced by Jeff Lorber and Herb Alpert, and co-produced by Lani Hall, with additional guitar Paul Jackson Jr.