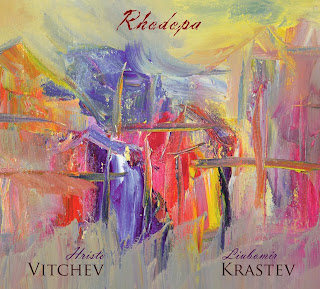 With their 'Rhodopa" project, modern jazz guitarist and composer clarinetist Liubomir Krastev create a beautiful sonic pairing of the extremely emotional and lyrical Bulgarian folklore and the multi-dimensional and deeply textured world of modern jazz harmony. Their self-titled debut album "Rhodopa" features exciting new arrangements of old Bulgarian folk melodies as well as some new originals by the guitarist. 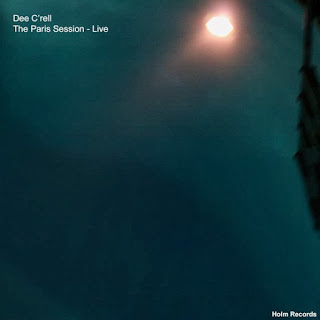 The Paris Session - Live is taken from the successful live performances by Dee C’rell. The double A-side is a mixture of minimal techno, jazz, and electroacoustic treatments. Dee C’rell has become increasingly established worldwide within electronic jazz related music, and The Paris Session – Live is a unique view into the world of his current live performances.On the first track " Don’t Ever Leave Myself I" features Dee C’rell using electronics, the piano, and Rhodes in live performance. Embracing 4/4 rhythms, which Dee is intrinsically connected to; he manipulates and treats audio and acoustic instrument with subtle precision, using influences of jazz, electronica, and dance related music making practices. Don’t Ever Leave Myself I is a welcome return to some of the more progressive dance music elements of Dee C’rell’s music, whilst capturing much of the composition methods that is found in Dee C’rell’s previous music releases. Track 2 - " Letters from Chicago" - Since his iconic remix of Jocelyn Brown’s I like It Like That, under the name of Drum Whispers, which was released within the Chicago house scene in the 1990’s, Dee C’rell has maintained his love and admiration for the electronic music scene from the city of Chicago. Fusing instruments and electronics within live performance, Letters from Chicago pays homage to music that greatly inspired Dee C’rell. Letters from Chicago is a combination of jazz, contemporary music, electronics, and Chicago house. ~ music.www.deecrell.com 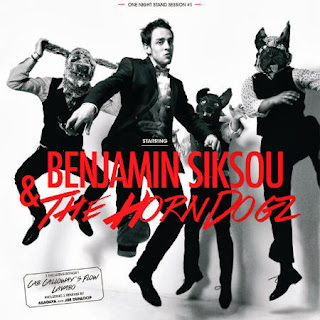 What happens when you put 2 artists that never met before together in the studio for 1 night? Benjamin Siksou and The Horndogz teamed up for the first episode of this musical experiment called “One Night Stand sessions”, recording 2 tracks together to be released alongside 2 tasty remixes on super limited edition maxi 12″ EP and digital download on  Sep.23rd via Uptone Records.Though an almost 20 year gap separates them, both Benjamin Siksou and The Horndogz share a common passion for Afro-American music and funk & soul, making the result of this encounter something that is sure to delight lovers of the contemporary black music scene. Putting their own twist on the little known Serge Gainsberg gem “Lavabo” and composing original cut “Cab Calloway’s Flow” with 8 hands as a nod to the famous master from Harlem, the result of this little enterprise is quite fresh and surprising. The EP also contains 2 remixes of “Cab Calloway’s Flow”, by Asagaya and Jim Dunloop, out now in all the best stores! ~ willworkforfunk.com