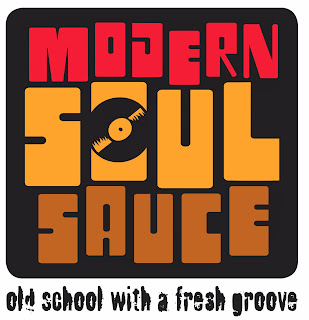 The entire concept of Modern Soul Sauce, like many good things in life, started small and innocently. Program manager Jerome Dumortier of Paris-based Internet eclectic mix station, Radio Kaos Caribou (RKC - http://rkc.noip.me), reached out to Denver (Colorado)-based producer and host Kathryn Ballard Shut (prn. /shoot/) and asked if she could record a podcast of all of the new jazz and soul that she was discovering in her musical life as owner of her jazz and soul agency, TIMKAT Entertainment.

However, since the show's launch on RKC on October 20, 2012, this tiny podcast has expanded to become a fan-favorite monthly show and has since picked up the syndicated support of 8 additional Internet radio stations, making it one of the Internet's best-kept secrets for listeners to discover world-class soul, R&B, acid jazz, funk, and all genres "jazzy". Together with RKC, the 8 partner stations that reserve a regular show slot around the world include Jazzy Soul Radio, 40 Foot Hole Studio, Soul City Radio, Stomp Radio, WDGP Radio, Urban Soul Radio, Shartnet Radio, and HOT FM Smooth Grooves, with plans to premiere soon on a tenth station, Smooth Soul Radio.

Ballard Shut, daughter of late soul music artist Tim Ballard, is herself a music industry producer, songwriter, jazz pianist, and former host of 80's station "RetroXana's Time Warp" (Live365), envisions Modern Soul Sauce to continue as a trusted source to highlight excellence in independent artistry. The show has already featured sounds from over 100 worldwide independent artists since its inception, commercial and fee-free.
In the course of the program, new and emerging jazz and soul artists such as Gregory Porter, Camera Soul, Tess Henley, American Idol's SuCh (Su Charles), Kenya (McGuire Johnson), Sharon Jones and the Dap Kings, J.C. Brooks and the Uptown Sound, DeRobert and the Half-Truths, and many more stellar talents have been discovered and enjoyed, as well as shared for rotation among the show's radio partners for even greater airplay for the artists outside of show broadcasts. Some of these same artists have since been discovered on major broadcast networks such as Sirius-XM and BBC Radio.

Regarding the success formula for Modern Soul Sauce (#ModSoul on Twitter), Ballard Shut says, "This show is different than many conventional programs in that I don't play music from a listing based on whatever's hit an album sales chart. Instead of 'chasing after what's cool', I scout the Internet and industry contacts to trend-set what 'should be cool' - what's emerging from the independent underground -- and with that, I hope to help further careers of independent artists whose sounds are often lost in the shuffle."

The One Year Anniversary celebration of Modern Soul Sauce can be heard on the station that started it all, RKC, world-premiering on Sunday, October 13, 2013 and will encore on October 14 with live Twitter chat with Ballard Shut directly @modernsoulsauce. All artists, station listings, and times can be found at http://www.modernsoulsauce.com.
Posted by Jazz Chill at 12:46 PM