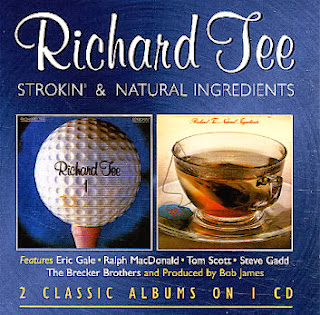 A pair of gems from keyboardist Richard Tee – back to back on a single CD! Strokin is filled with sweet electric keys from the great Richard Tee – and was originally issued on Bob James' classic Tappan Zee imprint! Tee was one of the 70s best studio keyboard players – and his talents showed up on plenty of great Atlantic soul albums, and a fair number of jazz-related dates. This album, one of his few on his own, features Tee out front, soloing keyboards, in very much a Bob James kind of way. The set's perhaps a bit disco/R&B, more so than some of James' own work at the time – but it's still got a nice jazz component, and features work by Eric Gale on guitar, Tom Scott on saxes, and the great Steve Gadd on drums. Titles include "Virginia Sunday", "First Love", "Strokin", "Jesus Children Of America", and "I Wanted It Too". Natural Ingredients is a bit more electric than you might guess from the "natural" in the title – but a great set of keyboards from the mighty Richard Tee – one of his few albums as a leader back in the day! The set's produced by Bob James, and has a groove that's not unlike some of James' own smoother fusion from the end of the 70s – a style that still has a fair bit of jazz in the mix, but which also shines with some warmer R&B touches as well. Players on the set include Tom Scott on saxes, Eric Gale on guitar, and Steve Gadd on drums – and some of the best numbers have a nicely stripped-down approach. Titles include "The Nut's Off The Screw", "Now", "Tell It Like It Is", and "Us". ~ Dusty Groove 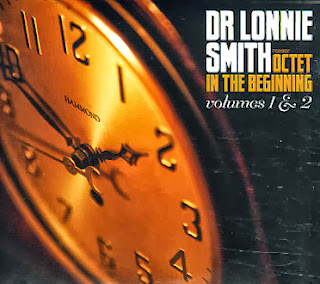 Lonnie Smith revisits some of the key songs of his early yers – but does them here in the company of a cool octet – so that the results often come out sounding a heck of a lot different than the originals! Lonnie was a hell of a player right at the start, but in recent years he's developed a depth that we never would have expected – a sense of tone and color, phrasing and phasing, that really pushes him into a whole new level. The work of the larger group here illustrates that quality wonderfully – as the added trumpet, alto, flute, and tenor help give the music a sophisticated edge while still never losing the groove that's always made Smith so great. The Hammond lines are completely sublime – and the set features long versions of "Aw Shucks", "Move Your Hand", "In The Beginning", "Turning Point"," Mama Wailer/Hola Muneca", "Keep Talkin", "Slouchin", "Track Nine", and "Psychedelic Pi".~ Dusty Groove 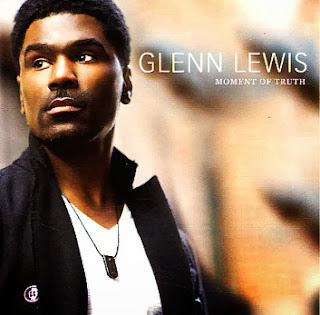 Glenn Lewis in all his glory – stepping out in a sweet set of slightly electrified tracks that remind us why he's been one of the best voices in mainstream soul over the past decade or so! Glenn's got a way of reaching out with expressiveness without ever going too crossover commercial – and the production has that excellent crackle that always seems to make Lewis' vocals percolate slightly – but always without the too-smooth or too-modified way of so many other singers on the charts. The songwriting's often nice and basic, and relatively personal too – and titles include "Random Thoughts", "Time Soon Come", "I Wanna Go Deep", "Make Luv", "All I See Is You", "Searching For That One", and "Up & Down". ~ Dusty Groove