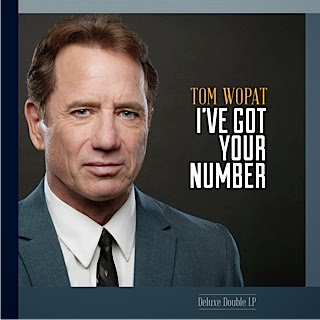 TOM WOPAT - I'VE GOT YOUR NUMBER

Tom Wopat, star of stage, screen and TV has released a limited edition, special deluxe vinyl edition of his latest critically acclaimed album, "I've Got Your Number." The album, originally released in digital and CD formats in Feb. pays homage to the 'Mad Men' era, with Wopat performing classics from the Great American Songbook and contemporary songs from artists such as Paul Simon, Bruce Springsteen, James Taylor -- transforming them into jazz-tinged renditions. In this limited edition, Wopat's legions of fans will have the opportunity to purchase one of the hand-numbered, double 180-gram vinyl, that also include the bonus tracks "That's Life" and Tom's original song "Thailand Sea," plus in-studio photos and personal notes from producer David Finck and Tom. 2013 has been a banner year for Wopat in all areas of entertainment; including the feature film, "Django Unchained," and most recently the award-winning Broadway show "A Trip to Bountiful." "I've Got Your Number," has been the recipient of much critical acclaim from media outlets notably the Huffington Post, Jazziz, All Music Guide, USA Today, Times Square Chronicles, and many more. With a 30-piece orchestra and stellar arrangements by Tedd Firth, Henry Hay and John Oddo, the album is a true nod to the orchestra/big band hybrid of the '60s and '70s. "It is only fitting that we release this album on vinyl," states Tom. "We've evoked the spirit of the New York supper club era and the cool vibe of the Mad Men days when vinyl recordings were supreme!" 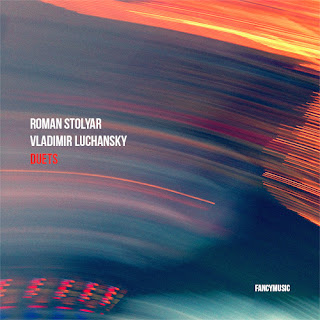 “Duets” is a collaboration of two most active members of Siberian community of musicians and improvisers. Luchansky and Stolyar played together for some years, mainly in groups organized by Siberian new jazz patriarch, Sergey Belichenko. Together they played with well-known improvisers who visited Novosibirsk: Assif Tsahar, Oliver Lake, Glen Hall, William Parker. That is why at the time of duet album recording the musicians were сo-ordinated perfectly and spoke the same language, even multiple-languages of contemporary free improvisation. Inquisitive listener will find different things in the music of duet: radical “non-idiomology” originating from Derek Bailey, meditative modality, minimalism, sonorous techniques and bright melodic lines. All pieces from the album contrast sharply with each other, but at the same time they are the parts of unified whole, as from a fancy curls of pattern imprinted on the window on a cold day, revealing a fabulous picture of exotic Siberian nature for many people. 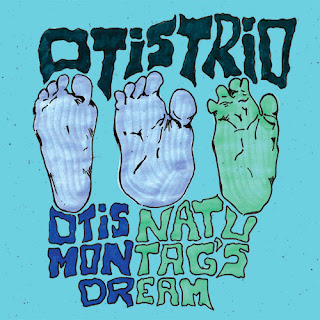 This week sees the release of the debut 7" by Otis Trio. Far Out Recordings bringing the provocative, soul shaking sounds of Otis Trio to the world. Side A features the contagious fast paced rhythm of ‘Otis Natu’, an outstanding number that won’t allow your feet to be still. On Side B you can experience the ethereal beauty of ‘Montag’s Dream’, a piece in which Beto Montag’s vibraphone shows its haunting beauty at its full power. Here’s a record that surely marks the beginning of something timeless and captivating.