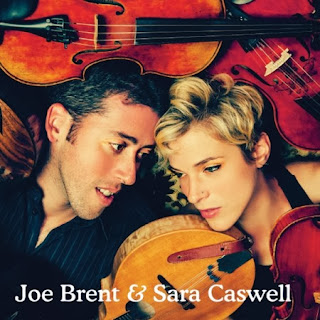 Sara, recognized as a "Rising Star" in the 2013 DownBeat Magazine Critics Poll and as one of the top jazz violinists in both the 2011 and 2012 JazzTimes Readers Poll, regularly performs with her two groups, the Sara Caswell Quartet and the Caswell Sisters Quintet, as well as vocalist Roseanna Vitro (2012 Grammy nominee) and the genre-defying Rose & the Nightingale. She has toured extensively with bassist/vocalist Esperanza Spalding (3-time Grammy winner including "Best New Artist" in 2011), violinist Mark O'Connor's American String Celebration, soloed numerous times in Carnegie Hall with the New York Pops, and performed and/or recorded with many artists including Regina Carter, Fred Hersch, David Krakauer, Gene Bertoncini, Charlie Byrd, Skitch Henderson, Nadje Noordhuis, and Alan Ferber. Currently on faculty at Manhattan School of Music's Jazz Arts Division, Sara studied classical violin with the legendary Josef Gingold, has won over 100 awards and first-place prizes in the jazz and classical competition worlds, and has released two highly-acclaimed solo CDs - First Song and But Beautiful - and a CD with her sister, vocalist Rachel Caswell, entitled Alive in the Singing Air. Says O'Connor: "Most good violinists will never experience what Sara creates with her instrument. It is beautifully refined emotion that lifts the spirit and at the same time, crystallizes for me this thought: jazz violin could really have something to offer again."

Joe Brent, a graduate of Berklee College of Music, also studied the mandolin in Italy before relocating back to New York City. He was a longtime member of pop sensation Regina Spektor's touring ensemble, and has performed and recorded with Woody Allen, Jewel, Gary Smulyan, and Stephane Grappelli. Simultaneously, he has maintained a career in classical music, having performed as soloist with the Chicago Symphony, San Francisco Symphony, The Boston Symphony, and countless others. He released his first album, Point of Departure, in 2007, featuring music by Astor Piazzolla, J.S. Bach, and Manuel de Falla, and in 2009 released solo. EP, an album of solo mandolin arrangements of songs by rock artists such as Animal Collective and The Flaming Lips. He has recorded the complete mandolin music of David Loeb and an album of the lute music of John Dowland, and in 2009 was added to the faculty of Mannes College, where he remains the only mandolin instructor at a major American conservatory. Music journalist Don von Schrilz said, "There has probably never been a mandolin player with better technical skills, and he matches that with an enthusiasm for every imaginable role a mandolin can fulfill," and he has been described as, "One of the truly exceptional musicians of his generation," by David McGee of The Bluegrass Special.

Together, Joe and Sara weave a broad musical tapestry, using the delicate strands of folk music and the incendiary embers of jazz and rock. Drawing material from artists as diverse as Stevie Wonder, Astor Piazzolla, and Weezer, along with original compositions reflecting their diverse backgrounds, Brent and Caswell are a musical experience not to be missed. 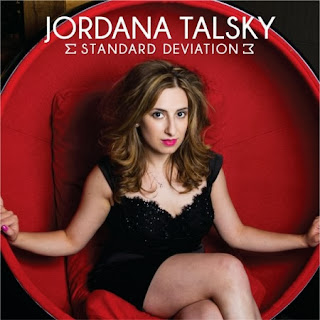 Jordana Talsky's debut album, Standard Deviation, marks the arrival of a serious young talent in Canadian jazz. The vocalist/songwriter has been turning heads (and ears) on the Toronto scene for the last three years, and her musical career now takes a giant leap forward with this superb solo record. Standard Deviation features a seamless mix of pop and jazz material. Jordana succinctly describes the style of the record as "jazzy takes on pop songs and poppier takes on jazz songs. I am always attracted to new combinations, rather than strictly sticking to a genre." As the album title suggests, this is not just another conventional album of Great American Songbook standards. She does breathe vibrant new life into a few such classics, giving a bossa twist to "Old Devil Moon" and a breezy feel to "Devil May Care," while these tunes nestle snugly alongside fresh reinterpretations of pop-rock hits by Alannah Myles (her signature tune "Black Velvet"), The Police (a sly take on "Murder By Numbers") and The Cardigans' "Love Me (Lovefool)." Â The funky and infectiously upbeat "Panta Niwas" is, she explains, "based on some of my experiences in Nepal, when I lived there in my year between undergraduate and law school studies." The other original, "Whogonnahold," is a more introspective and philosophical look at life, but one delivered with delightful exuberance. No matter the repertoire, Talsky consistently displays an eloquent and fluent voice. Her phrasing is impeccable, and she never succumbs to the temptation of trying to impress with the technical ability she clearly possesses. The accompaniment of her ace band is always empathetic. Standard Deviation?. A high standard sensation! 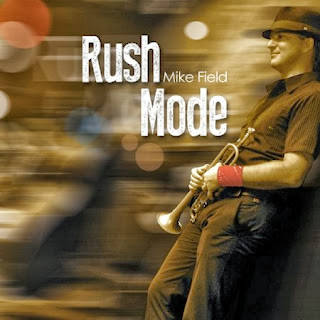 Since the release of his first album Ashes in 2011, brilliant jazz man Mike Field has been on the move gigging from one big city to the next - travelling as far afield as Germany, France, New Zealand and even on board a ship to Antarctica - but mainly shuttling between Los Angeles and Toronto, all the while composing a continuous stream of new material. Field continues the whirlwind of activity with his latest CD RUSH MODE - an eclectic collection of jazz tunes ranging from classic bebop to Latin-flavoured romps. The through line is as the title suggests, a portrait of the way we live our busy lives, though Field's take is definitely more on the positive side. As with his last album, Field likes to keep it upbeat on Rush Mode. The band does it all here and they do it all really well. The songs are driven mainly by Field's playful, virtuoso trumpet and the superb artistry of saxman Paul Metcalfe; the pair play on these recordings as if they're "brothers from another mother." The short, snappy, bouncy tunes keep the sense of excitement and energy throughout, save for the hauntingly beautiful ballad "The Last of the Summer Days" featuring the exquisite, smoky vocals of musical guest Sophia Perlman. Among the highlights are the title track, where sprightly flamenco flourishes (by special guest Kevin Laliberte on guitar), meet classic bop horns; "Play for You," a vintage, dirty-thirties-style tune, grounded by a tango beat with seamlessly interwoven play between Metcalfe's sax and Field's alternately growling and soaring trumpet; and the aptly-named "Balkan Swing", an Eastern European snake-charmer that features florid piano riffs and showcases Field's penchant for world music rhythms and melodies.In addition to Field and Metcalfe, the Mike Field Jazz Quintet includes exceptional players Carlie Howell on upright bass, Dave Chan on drums, Teri Parker on piano with special guest musicians Rosendo "Chendy" Leon on percussion and Mark Eisenman on Fender rhodes and piano. Produced by Shelly Berger, the nine-track album was recorded at Canterbury Music Company in Toronto between June 2012 and May 2013, engineered by Jeremy Darby and mixed by Andrew Mullin.
~ cduniverse