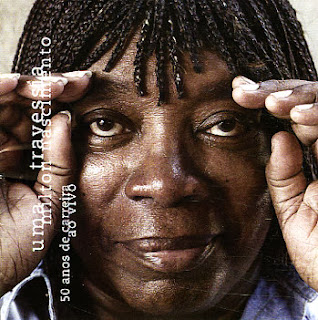 One of the best albums we've heard from Milton Nascimento in years – and a really beautiful live performance that pays tribute to his 5 decades in music! The performance has a crisp, personal quality we don't always hear in Milton's studio work these days – and the band worked with Nascimento on the arrangements, which have just the right mix of complexity and intimacy to recall his corner club years – and still bring out all the best aspects in his vocals. Of course, it helps that most of the tunes here are classics – and even later numbers seem to benefit from the old school handling of the set – as you'll hear on titles that include "Anima", "Lagrimas Do Sul", "Cais", "Vera Cruz", "Para Lennon E McCartney", "Cancaoes E Momentos", "Travessia", "Raca", "Maria Maria", and "Amor De Indio". ~ Dusty Groove
. 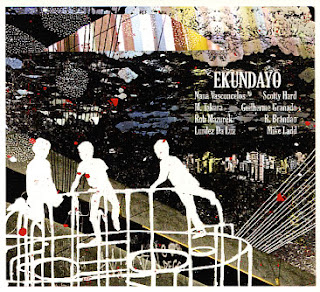 A really amazing project, with roots in a number of different styles – and a quality that's quite unlike anything else we've ever heard before! The group's got a trans-American vibe – contributions from US musicians like Scotty Hard, Melvin Gibbs, and Rob Mazurek, mixed with percussion from Nana Vasconcelos, and topped with vocals and rhymes from Mike Ladd, Lurdez Da Luz, and R Brandao! The music's got the kind of darkly funky quality in the rhythms that we know from Gibbs' earlier projects – although Melvin is just a guest musician on the set – but there's also some of the textured electronics that Mazurek uses in some of his Sao Paulo Underground material, too – which gives the album a very deep feel, even when the lyrics are more direct. Titles include "Family Thang", "Freak Rocker", "Prelevar", "Just Love", "Night Of The Hunter", "Claudio Cafe", and "Em Nove". ~ Dusty Grooove 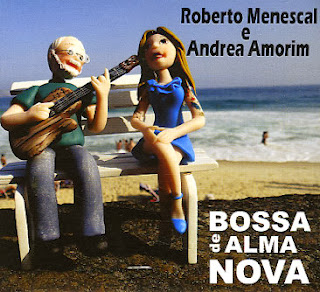 Beautiful bossa from the great Roberto Menescal – and a set that features breezy vocals from Andrea Amorim in the lead, with a style that's a lot like some of Menescal's previous projects with Wanda Sa! Menescal plays acoustic guitar, handles arrangements, and sings a bit too – bringing a mature sensibility to the record that really keeps the proceedings in a classic bossa mode, while still showing some of the freshest touches we've heard from him in years – quite possibly because Amorim's such a delightful partner for the project! Production is a bit more personal than other recent Menescal projects, and the phrasing of both guitars and vocals is mighty nice – way more than just a bossa copycat session. Titles include "A Morte De Um Deus De Sal", "Eu Canto Meu Blues", "Agarradinhos", "O Barquinho", "Bye Bye Brasil", "Nos E O Mar", and "Solidao Nunca Mais". ~ Dusty Groove