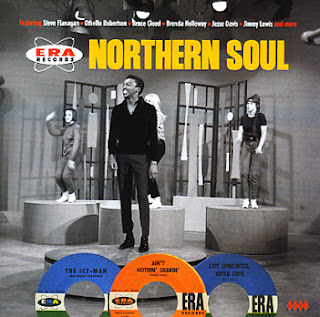 Storming soul groovers from Era Records – an LA label that was known for a host of different genres, but who managed to cut some marvelous Northern Soul in the mid 60s! Era's an under-tapped source for work of this nature – as evidenced by the number of previously-unreleased cuts on the collection – showing that even if you have a handful of singles on Era from the 60s, you've still got plenty more to discover! The music has a great 60s LA finish – swinging soul with a very tight approach to rhythm, and a subtle set of drama that makes most of the lyrics break out differently than more familiar soul music from back east. As always with Kent, the whole set's a joyous discovery – really well put-together, with great sound and notes – and a selection of cuts that includes "Come On Home" by Othello Robertson, "Stand There Mountain" by Vince Howard, "I Ain't Gonna Take You Back" by Brenda Holloway & The Carrolls, "You & Yours" by The Composers, "I Get A Feeling" by The Soul Mates, "My Book" by Bruce Cloud, "The Ice Man" by Billy Watkins, "Boomerange" by The Lovemates, and "I Wanna Know" by Carrol Connors. ~ Dusty Groove 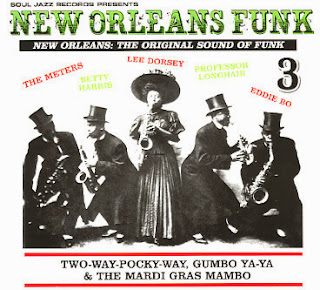 The cover image looks old-timey, but the grooves on the set are totally modern – a wealth of wonderful funky numbers from the New Orleans scene of the 60s and 70s – just the kind of gems that made us love the previous two volumes in this series! We might well argue that this third collection is the coolest of the bunch – as it features some more obscure, overlooked gems from the Crescent City – filled with the kind of raw rhythms and driving grooves that always make Nola soul tracks so great! There's no hoke here at all – no Mardi Gras cliches nor pandering for the tourists – and instead, this stuff is at the cusp of the best bursting moment of pride and power for New Orleans – the kind of cuts cut at a time when the city was really discovering how great it could be. As with all Soul Jazz sets, the notes and package really live up to the quality of the music – and the set's overflowing with greatness, in a batch of 18 tracks that includes "What You Want" by Lee Dorsey & The Meters, "Got A Get My Baby Back Home" by Tony Owens, "Fairchild" by Willie West, "Go To The Mardi Gras" by Professor Longhair, "Trouble With My Lover" by Betty Harris, "Omar Khayyam" by The Rubaiyats, "Gossip Gossip" by Diamond Joe, "Fagged Out" by The Deacons, "The Book" by Eldridge Holmes, "We The People" by Allen Toussaint, "Jockey Ride (parts 1 & 2)" by The Explosions, and "Do It Fluid" by The Dirty Dozen Brass Band. ~ Dusty Groove 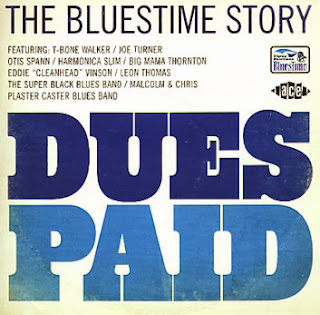 A totally great collection of rare material from the Bluestime label – a rare rootsy side of the Flying Dutchman imprint at the start of the 70s! Flying Dutchman is a well-remembered label for its rich array of funk and jazz titles – and although Bluestime worked in the blues side of the spectrum, most of these numbers are pretty darn funky too – thanks to some shared musicians and production talents with the main Flying Dutchman scene. In other words, the tracks are all pretty darn hip – and way way more than blues – really more funk tunes that have a gritty, raspy edge – like those rare few times when Chess Records' bluesmen got nice and funky. Titles include "I'm A Dues Payin Man" by Optis Spann, "Every Day I Have The Blues" by T-Bone Walker, "Plastic Man" by Joe Turner, "Love" by Harmonica Slim, "Paris Blues" by The Super Black Blues Band, "I Wonder Why" by Otis Spann, "Something So Bright" by Malcolm & Chris, "That's Alright" by Harmonica Slim, Chicago Charva Chapter" by The Plaster Caster Blues Band, "Disillusion Blues" by Leon Thomas, and "For BB King" by T-Bone Walker. ~ Dusty Groove