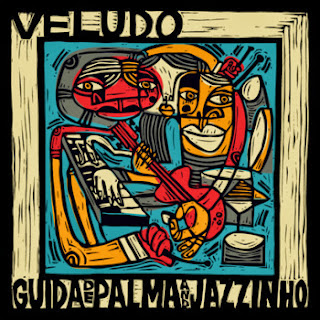 The stellar line up of musicians on this outing include some of the best Soul and Jazz musicians on the planet, a veritable who's who of quality musicianship and consists of members of (or collaborators with) the likes of Incognito, Eric Clapton, Jamiroquai, Amy Winehouse, Sting, Nathalie Cole, Brand new Heavies, etc. The album starts with a duet t with Motown legend Leon Ware. Ware  wrote and produced Marvin Gaye’s concept album “I Want You” and also “I Wanna Be Where You Are” for Michael Jackson and “Body Heat” with Quincy Jones, among others.

With a unique voice full of sensuality and strength, Portuguese born, and classically trained singer Guida de Palma can soar in high notes just as easily as when she is singing Bossa Nova tunes. At times she will make you think you are listening to Flora Purim or even the soul sounds of The Emotions. Nevertheless, she claims as her major influences names such as Stevie Wonder, Chaka Khan, Joyce, Chico Buarque, Marcos Valle, Gilberto Gil, Elis Regina, Azymuth and Ed Motta.

Guida de Palma was only sixteen when bass legend and fallen angel Jaco Pastorius hopped on stage to join her during her very first gigs in Paris. Blessed by this almost divine collaboration, Guida went on singing her way onto various stages across Europe. With her crew of Latin Funketeers, she played support to prestigious performers ranging from Cab Calloway, Defunkt and Gilberto Gil. Freshly arrived in the UK, and alongside prestigious names like Tina Turner, Terence Trent d’Arby, Lala Hathaway and Chaka Khan, Guida featured in the BEF’s “Music of quality and distinction”.

Jazzinho, for those not familiar with the Portuguese language structure, is a hybrid word deriving from Jazz and the Portuguese suffix, “-inho” which denotes small.