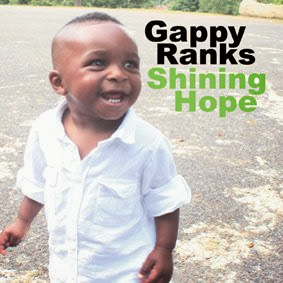 Gappy Ranks is a British Dancehall musician. His love for music started in his home town Harlesden, London where he was born and raised. The year 2010 saw the introduction from Silverstar Sound’s DJ Gussy, which lead Gappy Ranks to join forces with Pierre Bost of French Records and Special Delivery Music Label which opened up a whole world of show dates and touring. In 2010 Gappy was also signed to Greensleeves Records & released his 1st album “Put The Stereo On”. This album was well received worldwide featuring tracks such as “Put The Stereo On” and “Heaven In Her Eyes” which went to number 1 for 16 weeks on the UK Reggae charts. Gappy Ranks was nominated for the 2010 Mobo Awards in the Best Reggae Act Category. In 2011 Gappy Ranks followed up with his second album “Thanks & Praise” on his own independent label Hot Coffee Music distributed by VP Records & Greensleeves which included the smash hit “Stinkin Rich” by Italian producer Macro Marco. Gappy Ranks is now ready to unleash his 3rd album “Shining Hope” this fall which is supported by a massive tour schedule already in progress! ~ www.gappyranks.com 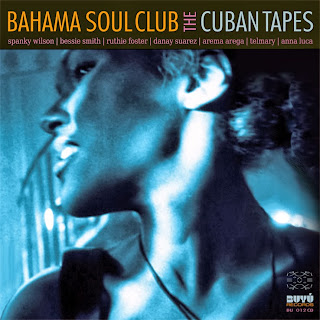 The Cuban Tapes consists of 17 tracks of the finest Club Jazz and again with selected vocal features like some of the most announced artists of the contemporary Cuban music Scene: Danay Suarez, Arema Arega, and Telmary Diaz - a grandiose trio which was also selected by Gilles Peterson for his terrific 'Havana Culture’ project.  Also included  are three generations of distinguished American singers from the past  until now, starting with Jazz and Gospel legend Bessie Smith, Soul and Funk diva Spanky Wilson and the Grammy nominated Soul and Blues Powerhouse Ruthie Foster. Finally on top of that the wonderful Anna Luca from mighty Club Des Belugas. The feel of the album is a bit more darker and deeper than what you would expect from The Bahama Soul Club – it’s an alluring Tiki blend through Jazz with Afro-Cuban rhythms and instrumentation, environmental sounds with lush and romantic themes throughout. 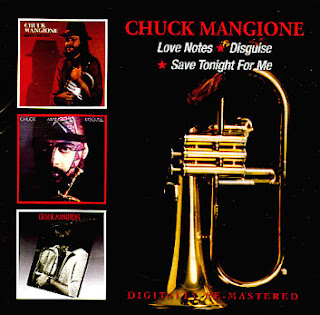 CHUCK MANGIONE - LOVE NOTES / DISGUISE / SAVE TONIGHT FOR ME

Three Chuck Mangione albums from the 80s – all packed here together in a single set! Love Notes is full of cool compressed flugelhorn from Mangione – and a set that also features the leader on some Fender Rhodes as well! Chuck's working here in a small combo setting that keeps up the best vibe of his fusion classics from the 70s – that compressed quality that made magic with much bigger audiences than were reached by the usual jazz players of his generation – yet handled with that well-crafted vibe that still gave Mangione some respect from the old school. Tracks are relatively long, and surprisingly creative at times – and titles include "Steppin Out", "No Problems", "Memories Of Scirocco", "Love Note", and "To The 80s". On Disguise, Chuck Mangione gets some great help from Deodato – who not only plays keyboards on the set, but also arranged and produced – in a way that gives lots of the tracks the same soulful vibe as his own records from the time! Deodato's groove is definitely more 80s-styled than some of Mangione's other music – but the overall approach is still nice and warm, and plenty soulful – thanks to those compressed flugelhorn lines that Mangione blows so beautifully. Titles include "Josephine", "Leonardo's Lady", "Love Theme From London & Davis In New York", "Diana D", and "Love Wears No Disguise" – plus the odd "Shirley MacLaine", which also features some weird rapping from Shirley herself! Save Tonight For Me explores the soulful side of Chuck Mangione – a set that still features plenty of lead solos from Chuck, but which also brings in some fuller backings that have a contemporary R&B vibe overall! Most numbers are still instrumental – although there's a bit of vocals on the set – and as with other Mangione records from previous years, keyboards are often the other key element in the mix – an instrument that Chuck's learned to solo with in a really sweet way. Titles include "Machu Picchu", "Rockin At Red Rocks", "Sweet Cheryl Lynn", "Give Your Heart A Chance", and "TJ's Gingerbread House". ~ Dusty Groove