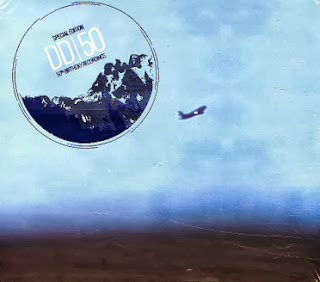 Dave Douglas is fifty – and he's celebrating with this very cool limited package of music and image! The set features three different albums, plus a bonus DVD – all in a sweet box, too! First up is Be Still – quite a compelling project from trumpeter Dave Douglas – a record that has him working strongly with singer/guitarist Aoife O'Donovan, whose presence really helps transform the sound of the set! Aoife's got a folksy touch on her vocals, and colors things in with some great earthy tones that are a surprisingly good fit for Douglas' lines on trumpet – sometimes jazzy, sometimes sparkling with a rich sense of American history – yet delivered in a subtle, linear way. Next is Time Travel – a really in the pocket session that's filled with rhythmic intensity, and some of the boldest music we've heard from Dave in years! There's plenty of edges to the set – especially the trumpet of Douglas and tenor of Jon Irabgon – but there's also a groove to many numbers too – a kind of forward-rolling energy that really takes the whole thing to great points throughout the set, and which makes a great progression from the somber tone of Dave's last album – almost a musical rebirth of sorts! The third album in the set is Pathways – beautiful tones and colors from a sextet that also features Greg Tardy on tenor and clarinet, Joshua Roseman on trombone, Uri Caine on piano, Linda Oh on bass, and Clarence Penn on drums – all players who are nicely sensitive to Douglas' ideas here, and bring together a fresh wave of ideas from previous records. DVD features both Quintet performances (with Jon Irabgon and Matt Mitchell) and Sextet material (with Greg Tardy, Joshua Roseman, and Uri Caine) – recorded in studio performances and music videos too! (Also features a bonus download too!) ~ Dusty Groove 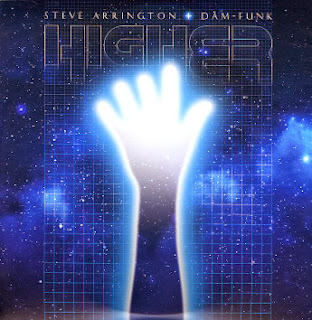 An incredible collaboration from former Slave mainman Steve Arrington and contemporary beat wizard Dam Funk – a record that has all the bassy, funky sounds we've loved from Arrington over the years – but which also gets a definite 21st Century twist in the production! Steve handles all the vocals and lyrics – and Dam Funk wrote and arranged all the music – but always with a bassy bottom that's almost an homage to Arrington's work with Slave and later projects in the 80s – crisped up a bit by the production, with some slight cosmic touches that really sends the whole thing into the heavens! The album's way more than just a meeting of two big names – as the sounds are really special and unique – with a quality that goes even beyond any expectations we might have had. Titles include "I Love This Music", "Higher", "Do You Feel Me", "Blow Your Mind", "Galactic Funtionals", "For The Homes", and "I Be Goin Hard". (Includes download!)  ~ Dusty Groove 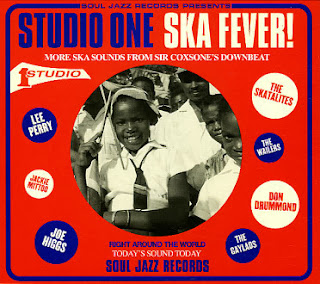 Forget everything you know about ska music from recent years – no Mighty Mighty cliches, no retro-styled clunkers, no two-toned sounds at all – just the real deal, the roots of the style, served up here in classic recordings that go right to the source! These are the cuts that started it all – and which still sound way better to our ears than any of the countless imitations that have been crafted over the years – played with a freshness and a sharp edge that recent recordings can never hope to touch! The music here is the roots of reggae crafted in the soil of Kingston – recorded by the legendary Studio One Records, with all the soulful undercurrents you'd find in the rocksteady generation as well. It's been a few years since Soul Jazz have served up a set of Jamaican grooves this tight – but it's been well worth the wait, given the track selection and always-stellar level of presentation from the label. Titles include "Live Good" by The Ethiopians, "Mr Talkative" by The Wailers, "There's A Reward" by Joe Higgs & Roy Wilson, "Ska La Parisienne" by The Skatalites, "Don't Try To Reach Me" by The Gaylads, "Gumma" by Lee Perry, "Freedom Sounds" by Soul Brothers, "You Won't See Me" by The Clarendonians, and "Old Rocking Chair" by Jakie Opel. ~ Dusty Groove