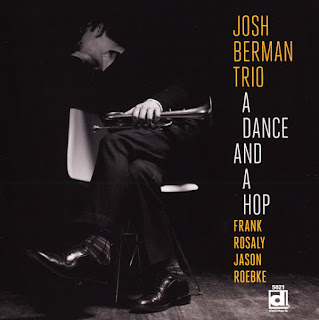 JOSH BERMAN TRIO – A DANCE AND A HOP

Tremendous work from the great Josh Berman – one of the most important musicians on the Chicago underground scene of the past decade or so – not just for his work on cornet, but also for his warmly collaborative and supportive spirit! That quality really comes through here – on a trio date that has Josh's horn with Jason Roebke on bass and Frank Rosaly on drums – all working together in this very special, very individual style – one that seems to embrace so many different decades of jazz at once – from the early trad phraseologists admired by Berman, to the postwar modern that's resurfaced in the recent Chicago scene, to the 21st Century experiments that all three members have engaged in! All the music is composed, but the performance has a looseness that almost feels improvised – save for the sense of cohesion in the tunes, and that no player ever steps too far outside – even though all of them are pretty darn freewheeling. We're not sure we've ever even heard a cornet trio before – but even if we had, there's never been anything like this – as you'll hear on titles that include "Cold Snap", "Today's Date", "Mint", "Your Uncle", "Time/Trouble", "Wooden", "Bridges", and "Luggage". ~ Dusty Groove 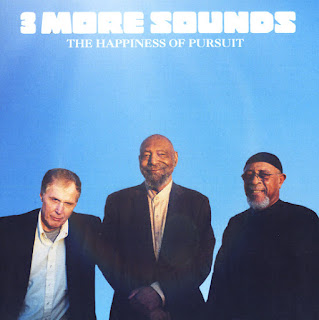 Henry Franklin pays tribute to the great Gene Harris – in particular, the tremendous albums that Harris made for Blue Note in the 60s with his Three Sounds combo – hence the name of the group! Franklin's bass is wonderfully full, rich, and soulful – just like that of Andy Simpkins back in the original trio – and piano here is from Bill Heid, who opens up the more gutbuckety side of his spectrum – with these lines that step along beautifully with the bass, yet still hit loads of lyrical passages too. The balance is wonderful, and complemented perfectly by the drums of Carl Burnett – who, like Franklin, was also in the Three Sounds for a point in the 60s. Titles include "Blue Daniel", "Searchin", "Boomph", "It Don't Mean A Thing", "Little Miss Laurie", and "Autumn Serenade".  ~ Dusty Groove 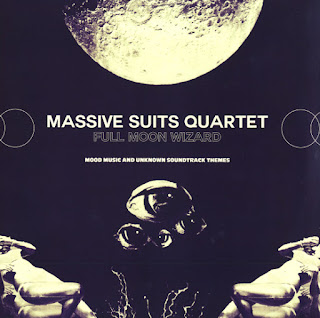 A contemporary set, but one that's trying for a sound library vibe – in particular, the kind of moody, more electronic work that was coming from the French and UK scenes in the 70s! There's some funky elements here, but they're all moving nice and slow – brooding bass stepping slowly underneath spacey keyboards – all composed and arranged by Gregoire Marty, with a retro vibe that's somewhere in a late 70s/early 80s style. Titles include "March From The Moon", "Full Moon Wizard", "The Lake", "Dancing With Her", "Nymphs", "Spaceship Jazz", and "Grand Empty". ~ Dusty Groove