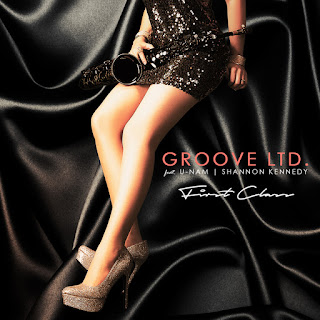 Skytown Records presents Groove Ltd. feat. U-Nam & Shannon Kennedy on their debut album "First Class". On the heels of the success of their first single, "It's Only Love", which earned a place on USA Today/Mediabase and was #11 on Allen Kepler's Top 20 Smooth Jazz Countdown as well as being a favorite of his for several months, Groove LTD. is gearing up for the release of their debut album, First Class. Produced and written by Billboard Chart Topping Artist and Multi-Platinum Producer, U-Nam, First Class is an energetic album that will have listeners playing it on repeat. Teaming up with up and coming saxtress Shannon Kennedy, the duo has created a stellar project that weaves through the Smooth Jazz, R&B, and Neo-Soul genres. The project includes an impressive line up of special guests including #1 Billboard Chart Topping Smooth Jazz star and keyboards, Jonathan Fritzen, the legendary, soulful vocalist Maysa Leak, Grammy Award winning percussionist Paulinho DaCosta, drummer Michael White (of Maze, George Benson), bassit Dwayne "Smitty" Smith (Boney James), Neo-Soul singer Myron Davis, steel drums master Andy Narell, as well as many more. The new single is called “Uprising” and is going headed for radio adds. 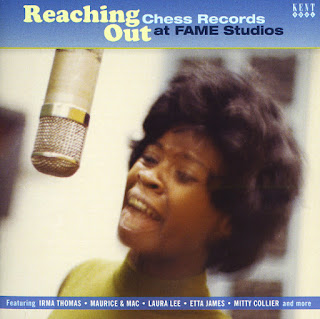 Chicago meets Muscle Shoals – a monumental moment in late 60s soul that's never fully been given its due before! The set brings together work from the late 60s period in which Chicago's Chess Records issued a slew of incredible singles recorded at Fame Studios in Muscle Shoals – deep soul gems that have all the grit and power of the usual Chess Records material, but which have a different vibe – given the production by Rick Hall, and backing by the genius studio musicians at Muscle Shoals! Some of the names are ones you'd recognize from Chicago Chess recordings, and others are artists the label discovered in the south – and had Fame handle for them – which makes for a very nice mix of material. In true Ace/Kent style, there's also some unreleased tracks on the set – and the package features a total of 24 tracks that include "It's All Wrong But It's Alright" by Laura Lee, "Good To Me" and "Let's Do It Over" by Irma Thomas, "The Sidewinder" by Charles Chalmers, "Security" and "Don't Lose Your Good Thing" by Etta James, "You're Living A Lie" by Mitty Collier, "Come Back Baby" and "Reaching Out" by Bobby Moore & The Rhythm Aces, "Party Time" by Lee Webber, "Lean On Me" and "So Much Love" by Maurice & Mac, "Two In The Morning" by Charles Chalmers, and "Too Soon To Know" by Mitty Collier. ~ Dusty Groove 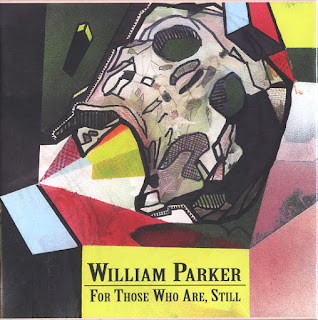 WILLIAM PARKER - FOR THOSE WHO ARE, STILL

A beautiful box of work from bassist William Parker – and a set that actually features three very different projects, all brought together in a single set! First up is a CD that features a long piece commissioned by The Kitchen – "For Fannie Lou Hamer" – with music by Parker in an ensemble that includes JD Parran on reeds, Ravi Best on trumpet, Masahiko Kono on trombone, and a bit of vocals from Leena Conquest. That same CD features shorter pieces grouped under the title Vermeer – dedicated to the painter, and featuring some beautiful, soulful work from Parker on bass, Darryl Foster on soprano sax, Eri Yamamoto on piano, and Leena Conquest on voice. CD two features Red Giraffe With Dreadlocks – a lot better than it sounds from the title, and spiritual sounds from an ensemble that mixes core jazz elements with some wider global musical ideas – featuring Parker on bass, Hamid Drake on drums, Rob Brown on alto, Bill Cole on double reed instruments, Klaas Heckman on flute, Molla Sylla on mbira and ngoni, and Sangeeta Bandyopadhyay on electronic shruti box. Both Sylla and Bandyopadhyay vocalize a bit – and titles include "The Giraffe Cances", "Where Do You Send The Poem", "Tour Of The Flying Poem", and "Souls Have Fallen Like Rain". Last is Ceremonies For Those Who Are Still – which features a core trio with Parker on bass and flutes, Charles Gayle on piano and saxes, and Mike Reed on drums – augmented by the NFM Orchestra, who shade in the jazz performances with some subtle colors and tones – quite an unusual match between these talents. The CD also features a long improvisation – "Escapade For Sonny" – running over 25 minutes, and just featuring the core trio of Parker, Gayle, and Reed. Packaged in a very nice box, with a booklet of notes! ~ Dusty Groove