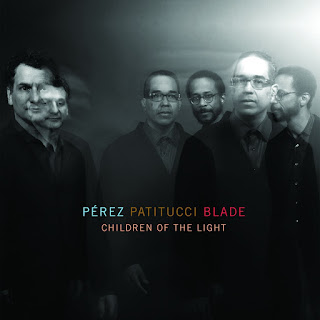 Danilo Pérez, John Patitucci and Brian Blade have been three quarters of the extraordinary Wayne Shorter Quartet for more than a decade, whilst also leading their own projects and performing in various groups. Now, on 'Children of the Light', they step forward as a trio for the first time with an imagination and fearlessness in their approach that defies the roles and ways of a trio in both obvious and subtle ways. Daring and luminous, often an improbable mix of pointed, questioning turns and childlike joy, the music unfolds with mischievous unpredictability. The eleven tracks include original compositions by all three members of the trio and a fresh take on "Dolores", an old Shorter classic. It's a remarkable balancing act but even as they put their considerable talents to the service of the trio, each of the members maintains his distinct personality. "We can 'comprovise' (spontaneous composition) with dense harmonic and melodic forms, but we can also explore the beauty of a simple harmony," says Pérez. "And you can see the care each one of us put into the songs we brought in." ~ Amazon 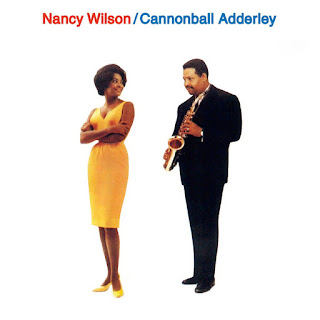 Nancy Wilson and Cannonball Adderley had worked together on a number of live dates and had enjoyed the experience sufficiently well enough to agree to replicate it in the studio at a later point in time. That time came in 1961, when both were sharing the same manager and record label, thus making a recording collaboration so much easier to arrange. Recorded in New York City over the course of a four day session (vocals tracks were laid down on 27 and 29 of June, instrumental tracks on 23 and 24 August), the album was intended to feature Nancy as a sort of easy-going third horn. The vocal tracks (there are six vocal tracks) are the albums undoubted stand out tracks, with Nancys vocals floating on top of a wonderful musical bed provided by Cannonball and his excellent core musicians. Yet the five instrumentals are not to be overlooked either, with Joe Zawinuls expert piano playing a delightful bonus. The album was a major success when originally released in 1962, peaking at #30 on the Billboard chart, something of a breakthrough for both Nancy and Cannonball. Indeed the concept worked well enough for Nancy to record a further collaborative album with Ramsey Lewis more than twenty years later. ~ Amazon 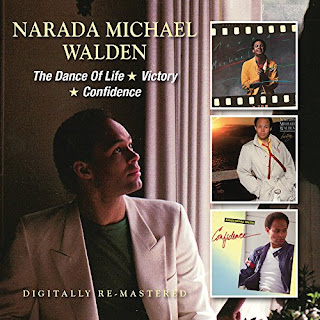 
Ex-Mahavishnu Orchestra, Jeff Beck and Tommy Bolin drummer and producer extraordinaire Walden’s fourth, fifth and sixth albums for Atlantic, released in 1979, 1980 and 1982 ‘I Shoulda Loved Ya’ from ‘The Dance Of Life’ was a UK Top 10 hit single All three albums made the Billboard Top 200 chart Walden’s production credits are impressive – he produced hits for Whitney Houston, Aretha Franklin and Mariah Carey amongst many others Digitally remastered and slipcased Extensive new notes Also available on BGO Records: BGOCD1210 Garden Of Love Light/I Cry, I Smile/ Awakening. ~ Amazon