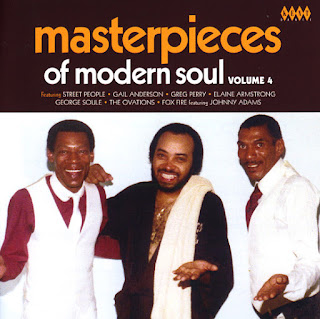 One of the most supremely soulful compilations we've heard in years – and easily the deepest in this series to date! From the start, Kent's Masterpieces Of Modern Soul collections have been all about bringing rare gems to fresh ears, and they've really outdone themselves here. A solid majority of the tunes have never been released before now, and even the tunes that were issued back in the day are pretty darn rare! Most of it was recorded in the 70s, when the more grandly arranged soul and R&B styles of the previous decade were being honed into a slightly stripped down, though still sophisticated modern soul sound. Fantastic stuff! Volume 4 takes a baby step or 2 into the 80s, without losing sight of the 70s-rooted groove – and the titles include "No Limit" by Darrow Fletcher, "It Takes Heart" by Greg Perry, "Baby You Got It All" by Street People, "Gotta Be Loved" by Herman Davis,"I'll Laugh Till I Cry" by Toussaint McCall, "Never Felt This Say Before" by The New Experience", "See Saw Affair" by Cesar, "I've Never Been In Love" by Alvin Robinson, "Don't Matter To Me" by Billy Cee & Freedom Express, "We Communicate" by Gail Anderson, "Midnight Affair" by George Soule, "Daddy Please Stay Home" by Obrey Wilson and more. 23 tracks in all! ~ Dusty Groove 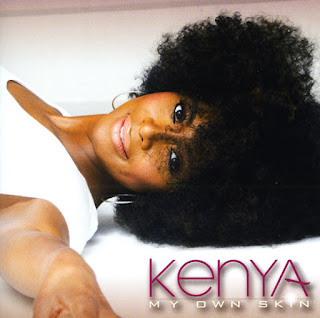 KENYA - MY OWN SKIN


Kenya's plenty warm in her own skin – coming on with this full, rich quality right from the very first note – the kind of indie soul power we haven't heard this well in a while! The album's very down-to-earth and unassuming – just wonderful vocals from the lady herself, well-penned songs, and this straightforward approach to the music that takes us back to classic mellow soul of decades back, but with a very fresh, contemporary vibe throughout. Kenya gets some great help on production and songwriting from equally excellent talents – including Khari Cabral Simmons, Daz I Kue, Brandon McKenzie, and Kendall Duffie of Kloud 9 – and titles include "Be Here", "Let Me", "Wednesday Girl", "My Heart", "Brown Soul", "Sleepless", "Take Me Away", "Makeusmile", "I Can't Help It (Sugaboom rmx)", and "Never Giving Up". ~ Dusty Groove 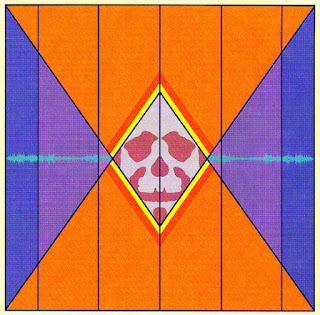 Totally great work from Sospetto – the group's third album, and their best so far! The approach here follows in Sospetto's previous mode of remaking older soundtrack styles – but the album's even more elaborate and involved, given that the group create four different mini film scores in the process – imagined soundtracks for "films" that include Intrappolati Nel Harem Di Satana, L'Exposition De Genevieve, Schwarzes Licht, and Devil's Cops In Angel County – each with a different variety of music! Keyboards figure heavily into the mix – used in the best early 70s Italian style – but there's also lots of nice guitar, earthier percussion, and a broad pastiche of cool effects – those kind of other-worldly elements that can really illuminate a classic soundtrack. Plus, there's also some wordless female vocal bits – which trip nicely through almost half the album, creating an especially moody vibe at times! Titles include "Sabba", "Law Viper", "Le Jardin", "Sans Peau", "Scaramanzia", "Deserto Emotivo", "Condanna A Morte", "Fattaccio", and "La Fille Dans La Milieu Du Lac". ~ Dusty Groove