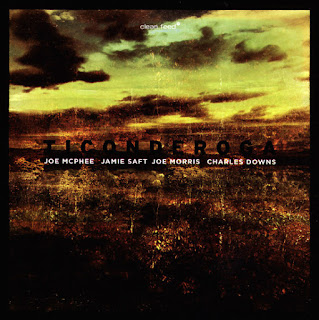 An album inspired by the legendary John Coltrane album Live At The Village Vanguard Again – but a set that takes off in very individual directions, thanks to the spirit of the players! The group's led by pianist Jamie Saft – who's drawing strong energy from Alice Coltrane on the record – especially in the way he effortlessly lays out these dark lines that have a calming presence amidst the more ferocious horn work from Joe McPhee on alto and tenor – that balance that both Mr and Mrs Coltrane could share at their best. Joe Morris provides some of the rounded, most soulful bass we've heard in years – and drums are by Charles Downs, who easily leaps between free moments and bolder rhythmic progressions. Titles include "Beyond Days", "Simplicity Of Man", "Leaves Of Certain", and "A Backward King".  ~ Dusty Groove 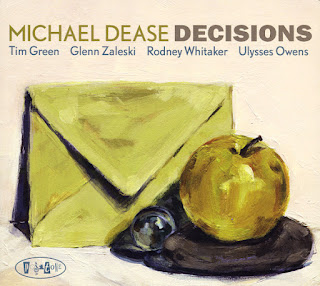 Wonderfully fresh work on trombone from Michael Dease – a player we're liking more and more with each new release – and who really tops himself with this one! Dease is schooled in so many older modes – able to blow with the sweetness of JJ Johnson at times, or the gutbuckety soul of Bennie Green at others – but he's also got a very contemporary conception on his instrument, with the blend of soul and modern you'd find on recent albums from trombonist Steve Davis, a labelmate of Dease. No surprise, Michael starts off the record with a great composition by Steve – before launching into some even stronger tunes of his own – fitted perfectly with a group that includes Tim Green on tenor, Glenn Zaleski on piano, Rodney Whitaker on bass, and Ulysses Owen on drums. Titles include "Decisions", "Gorgeous Gwen", "Grove's Groove", "Jason's Gonna Get Ya", "Trayvon", and "Three & One". ~ Dusty Groove 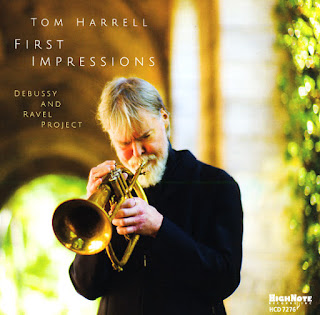 
Stunning work from trumpeter Tom Harrell – a player who's been making records for decades, but who really seems to be hitting a creative high point in his great flurry of recent albums! This sparkling set is one of Harrell's best of the bunch – a set that's got Tom blowing in these richly colorful extrapolations on themes from Debussy and Ravel, but turned inside-out so that there's no classicism at all – just the best use of musical ideas from the composers, which Harrell then takes into these jazzy patterns that are really wonderful – delivered gently on his own trumpet and flugelhorn, in a group that features flute from Charles Pillow, soprano and tenor from Wayne Escoffery, and piano from Danny Grissett! The group also adds in a violin and cello – but used in very un-classical ways that are extremely haunting – and Tom also works with a few of his own compositions as well. Wonderful stuff – with titles that include "Reverie", "Beau Soir", "Perspectives", "Musique Du Cafe", "Sarabande", and "Voices". ~ Dusty Groove