On September 18th, we'll see the release of the “Invitation To Illumination – Live At Montreux 2011”. This is the first ever release of the audio from this unique concert featuring the guitar talents of Carlos Santana and John McLaughlin and includes most of the tracks from their classic 1973 album “Love Devotion Surrender”. “Invitation To Illumination – Live At Montreux 2011” also features the late Claude Nobs, founder of the Montreux Jazz Festival, playing harmonica on the final track. The evening was a showcase of supreme musical virtuosity and spirituality and typified the approach of these two great artists. “Invitation To Illumination – Live At Montreux 2011” captures an incredible night of live music and is certainly a performance not to be missed. Tracks include: Echoes of Angels / Introduction; Downstairs Blues; The Life Divine; Venus / Upper Egypt; Duende; Let Us Go Into The House of The Lord; Peace On Earth / Dear Lord; Black Satin; A Hard Rain Is Gonna Fall; Smooth Criminal; Stairway to Heaven; Land of 1000 Dances; Lord's Prayer; Cindy Blackman Santana Drum Solo; Free America / The 8th of January; A Love Supreme; La Marseillaise; Montreux Boogie (inc. La Grange); Right Off; A Love Supreme; Guitar Interlude; Shake It Up And Go; Right Off; Vuleta Abajo; Vashkar; The Creator Has A Master Plan; Guitar Interludes; Naima; and  Lotus Land Op.47 No.1. 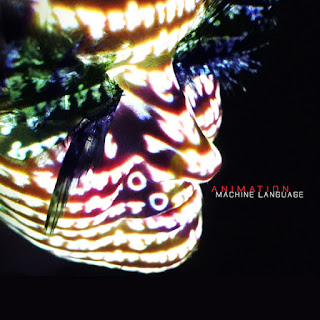 Features Bill Laswell on electric bass & Kurt Elling on spoken word. Recorded over three days in the autumn of 2014 at Bill Laswell's Orange Studios in New Jersey, mixed by James Dellatacoma and mastered by Mike Fossenkemper, Machine Language is the last and possibly most ambitious work by American composer, orchestrator, arranger, saxophonist and all-round conceptualizer Bob Belden with his historical group Animation. Belden died on May 20th this year. In order to realize his vision, Bob Belden enlisted Bill Laswell on electric bass and renowned jazz singer Kurt Elling, who acts as narrator. As for the previous album by Animation, Transparent Heart, also released on RareNoiseRecords in 2012, the lineup also comprises Peter Clagett on electrified trumpet, Roberto Verastegui on keyboards and Matt Young on drums. 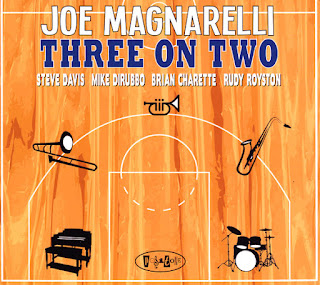 
A killer from trumpeter Joe Magnarelli – an artist we've already begun to appreciate a lot for his recent work on the Posi-tone label – but a player who really wins us over with this sweet little set! The record sparkles right from the start with contributions from key labelmates – the mighty Brian Charette on Hammond, Mike DiRubbo on alto, and the great Steve Davis on trombone – all players who leap into the fray with Magnarelli right from the start, and come up with these lines that are sophisticated, but always swinging too – stunningly soulful at all the best moments, with a nice sort of sparkle,b ut no too-commercial polish. Solos are great, and Magnarelli's writing is very nice on the album's original tracks – and titles include "Easy", "26 2", "Central Park West", "Paris", "Outlet Pass", "Clockwise", and "My Reverie". ~ Dusty Groove