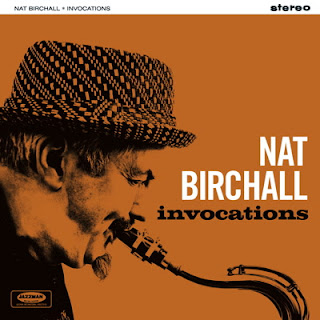 The music of Nat Birchall joins with a long-flowing conversation in jazz. His chosen tongue is that of the spiritualised musical discourse whose vital source can be found in the sacred testaments of John Coltrane, and which was channelled most directly by his fellow travellers Albert Ayler, Pharoah Sanders, and his wife Alice. Many others followed where Coltrane led, giving voice in music to the esoteric renewal of the soul and mind that lent spiritual strength to the black counterculture, and complemented the political radicalism of the late 1960s and 1970s. This rich vein of spirit music has rarely been tapped by British jazz musicians, and Birchall is one of the few to have been drawn to it with the conviction of heart that it demands. For these are the sonic and spiritual spaces where the colossi of an earlier age declaimed and confessed with sacrificial passion, from within the flames of revolution.

Ultimately, it has been the sonic pathways offered by jazz that have provided Birchall with the clearest way to channel the resonances of the higher heights, wherefrom timeless musical messages might be revealed. 'It seems to me that's it's the most direct way of tuning in to this higher source. That music seems to me to display this connection to whatever this higher source, this higher energy, might be. It seems to connect to it the most, more than other music. You can hear it in other musics to a certain degree sometimes, but this seems to be almost purely of that nature. That's what really motivates me the most.'


All music is a spiritual communion - it is a talking in tongues, a present conversation with the past and the future, a dance with technology, a branch held out to a stranger. It speaks to the old and the young in a language that is beyond language, it expresses and elicits emotion and thought at once, it is both bodily and mental, noise and silence, intention and accident: it is the dissolution of opposites, the fleeting noise made eternal prayer, the transubstantiation of spirit into sound. Music is the expression of unity, in which difference is both accepted and resolved, and from which a mended world might be born. To make music is, as Roland Kirk observed, to talk with the spirits. We are lucky that the music of Nat Birchall allows us to hear the sounds of their world once more.