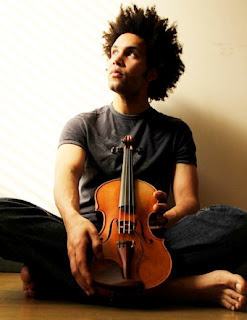 "I have heard Scott's recordings, seen his live performances and I think that he stands above the crowd of current jazz violinists around the world." Jean-Luc Ponty

"[Scott] has found a place for himself within the elite community of New York jazz musicians, no small feat." Pat Methany


Club Bonafide, located at 212 East 52nd Street, is bringing music back to 52nd Street with the same open, embracing attitude. Co-owner Richard Bona views Club Bonafide, as a vehicle for reigniting an openness within venues both by doing away with exclusivity clauses and by looking to instill a more genre-blind booking. In this way, Bona hopes to encourage a celebration of live music and an environment of collaboration that he views as crucial to building a scene. “Charlie Parker was performing on 52nd Street every night,” he notes. “And that’s part of what made him great. The artists have to be able to perform, and it helps no one if a great musician can only play in New York at a major club maybe three times a year.”