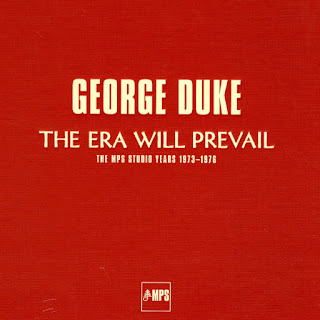 An amazing package of work from George Duke – 6 of his legendary fusion albums for MPS Records, including the never-reissued double-length set Solus/The Inner Source! That incredible album is worth the price of the package alone – as it begins with some sublime trio work from Duke, rooted in jazz but already stretching out in amazing ways – then moves into some even hipper Latin-styled grooves, with Jerome Richardson on reeds and Luis Gasca on a bit of trumpet! Other albums in the set are equally great – and trace Duke's evolution from straighter jazz into funky freer fusion and soul – an incredible musical shift that's presented on the albums Faces In Reflection, Feel, I Love The Blues She Heard My Cry, The Aura Will Prevail, and Liberated Fantasies – each of them classics in their own right, presented together wonderfully here in this complete MPS package! The set is amazing – all records are on 180 gram vinyl, with cover styles that replicate the original MPS style – and the tapes have been re-optimized, and remastered to very specific 70s standards for wonderful sound! Comes with a special boot. ~ Dusty Groove 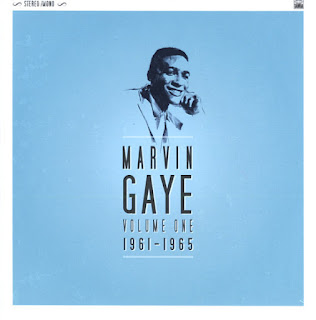 Includes: Soulful Moods, Stubborn Kind, When I'm Alone, Hello Broadway,Together, How Sweet It Is, and Nat King. The birth of a legend – the first seven albums from Motown giant Marvin Gaye, served up here in one nicely-priced package! The set's similar to the Original Album Classics series – in that it features each individual album in a tiny record sleeve – all stacked together in a nice box that brings all the music together – including a number of records that haven't been on CD in quite awhile! Even at this early point, Marvin's way ahead of the game – able to lay down hard, heavy soul tracks when he wants – but also slide into a ballad like nobody else, and even hit a few jazzier moments too. The range of modes here is really wonderful – showing that Motown was already trying to let Gaye move into the many directions he'd follow later on – and albums include the tearjerking When I'm Alone I Cry, the seminal Stubborn Kind Of Fellow, the duet with Mary Wells on Together, the soaring How Sweet It Is To Be Loved By You, the jazzy Tribute To Nat King Cole, the classy Hello Broadway, and the moody Soulful Moods Of Marvin Gaye. ~ Dusty Groove 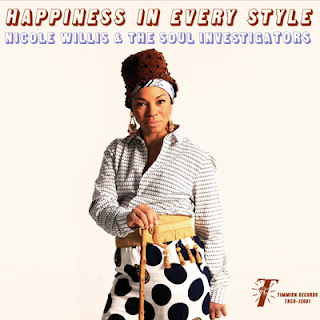 NICOLE WILLIS & THE SOUL INVESTIGATORS – HAPPINESS IN EVERY STYLE


This Autumn, Nicole Willis rolls out with her third album made together with The Soul Investigators: Happiness In Every Style. It is bound to send shivers down backs all around the world. As the name suggests, the new album will offer variety and tilt towards a more positive note after the murky Tortured Soul from two years back. This means Nicole and the boys have made things a bit more soothing for the listener, offering upbeat modern soul and even embracing more sophisticated melodies alongside their highly evolved raw funk sound. To get a taste of this, one only has to put on 'Let's Communicate' or 'One In a Million' to get their hands clapping and toes tapping in no time, or respectively, witness the dance floor explode. From minor key ballads such as 'Thief In The Night' to the unapologetically poppy 'Angel', the new album is bound to bring to the hearts of humans in every shade and style. Whether you know Nicole Willis from before or not does not hold any weight here. After hearing her with The Soul Investigators on this new album, you will know they are for real, and out to offer you everything you need to fill up your soul supply. With Nicole's insightful lyrics and the band's hard-hitting music you are in good care.