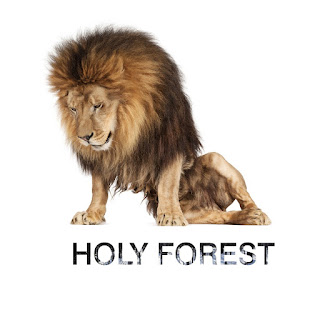 In a digital diaspora there are no borders.   Playing with sound of the diaspora, Holy Forest blends the ingredients of an evermore connected world into its debut album.  Imagined as a series of songs from the holy forest, a place where we once travelled, where we once fell in love, where we are no longer… but where we long to return. Recorded in The Gambia, NYC, Woodstock and San Francisco, “Holy Forest” is a body of work spanning a number of years, produced and arranged by musician and documentary filmmaker Jon Fine (Herbie Hancock’s “Possibilities”/ Bill Wither’s “Still Bill”). 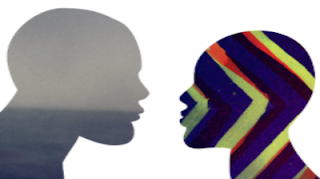 Born to a microbiologist and a stone carver, musician and filmmaker Jon Fine grew up in a small town in NJ at the foot of the George Washington bridge. Between counting bacteria in Petri dishes in his father’s lab and playing with clay in his mother’s studio he developed an interest in the making of things.  He earned his stripes in the late 90’s as one of Antibalas’ original guitarists and a session musician for a number of indie bands.  He studied film, taught in elementary schools and started a film production company making videos for Herbie Hancock, Lionel Loueke, Kaki King, Soulive and Antibalas. He produced, shot and edited the Bill Wither’s documentary “Still Bill”, directed “Herbie Hancock:  Possibilities” and co-wrote and produced “The Afterparty” featuring Andre 3000.  After years of interviewing legends of music, and a hiatus from playing, “Holy Forest” has brought him back to his roots.

The recording sessions, spanning a number of years were inspired by his trip to the Gambia’s Makasutu forest, a lush-green riverine wilderness of mangrove swamps. While in Gambia, Fine connected with Tata Din Din and the seeds for the project were planted. Drawing on the beautiful melodies of the Kora, reggae rhythms, folk and blues, “Holy Forest” is 21rst century cross-continental roots music.

The first single and music video from the album is “Africa Calling.” The soulful song about long distance love blends the mellifluous sounds of griot Tata Din Din Jobarteh’s kora (a 21 string lute), Ed “Preachermann” Holley’s wailing vocals and the members of the Antibalas horns featuring Stuart Bogie on saxophone.  Okayafrica said, “Holy Forest LP, pairs the virtuosic sounds of Gambian griot Tata Din Din Jobarteh (aka the Jimi Hendrix of the kora) with the robust vocals of Harlem-based singer Ed “Preachermann” Holley and horns from members of Antibalas Afrobeat Orchestra on a song inspired by a trip to the Makasutu forest.

The recordings inspired Fine to bring together a live band featuring Ed “Preachermann” Holley and griot Salieu Suso.   They’ll be performing for the album release party on Oct 23rd at The Shrine in Harlem and at the monthly party “Africanoir” at Cmoneverybody in Brooklyn on Oct 25th.