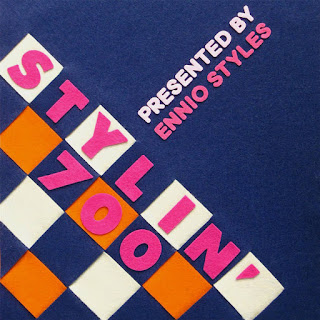 Melbourne tastemaker Ennio Styles follows up Stylin' 500 and Stylin' 600 with another massive collection of free music representing the diverse and soulful sounds of his Stylin' radio show, which clocks 14 years and 700 episodes this August on the legendary 3RRR-FM.

Stylin' 700 again shows how close Ennio keeps his ear to the underground, with many unreleased and under-the-radar tracks that could have been the rare grooves of the future if he wasn't playing them now. The music comes from Australia, New Zealand, UK, Japan, France, Spain, Portugal and no less than 13 US states. Amongst the selections there are surprising versions of James Blake, Bobby Womack, Thelonious Monk, Bill Evans, James Brown and Ann Peebles. Digging further beneath the surface of these tunes will reveal producers and musicians with credits extending to everyone from Horace Andy, Robert Glasper, Butcher Brown, Roy Hargrove and Eddie Palmieri to Carl Craig, MF Doom, Tall Black Guy, Drake, Thundercat, Chance the Rapper, Louie Vega, Miles Bonny, Ayatollah and Q-Tip.