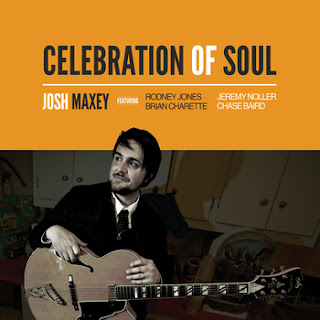 Celebration of Soul is Maxey's first release on Miles High Records and his tenth release in a series of recordings created n a 3 year-period. Guitarist Maxey brings the listener back to the primal element of soul with an ensemble featuring Brian Charette on the organ, special guest Rodney Jones on jazz guitar, the saxophone playing of Chase Baird and Jeremy Noller's interpretation of each song at the rhythmic core of the album. Three more musicians join the project on Brooklyn Sunrise and Colorado Sunset: Dave Parnell on acoustic guitar, Brett Parnell on lap steel guitar and Michael Cioffero on slide guitar. 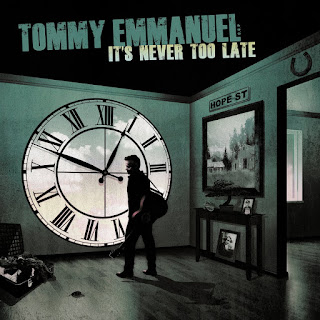 TOMMY EMMANUEL - IT'S NEVER TOO LATE

Quality is laced throughout It s Never Too Late, the first regular studio album featuring Emmanuel completely solo without guests since 2000. A friend and follower of the late Chet Atkins who christened Emmanuel a Certified Guitar Player, making him one of only five musicians to receive the C.G.P. distinction from the master Emmanuel easily skates between musical styles, playing with blues in One Mint Julep, infusing Spanish tradition in El Vaquero and exploring folk in The Duke. An accomplished fingerstyle player, Emmanuel frequently threads three different parts simultaneously into his material, operating as a one-man band who handles the melody, the supporting chords and the bass all at once. That expert layering is evident in It s Never Too Late on the quixotic Only Elliott, the calming title track and the gorgeous Hellos And Goodbyes. ~ Amazon 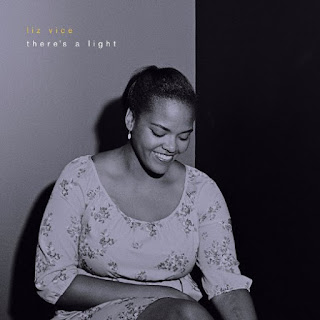 Liz Vice is from Portland, Oregon. With a love of storytelling, she has found herself transitioning from behind-the-scenes in the film and video world to behind the mic. The songs from There s A Light feature dynamic, soulful vocals, with classically influenced, timeless lyrics that reference her deep-rooted spirituality. Vice grew up as the middle of five children. She was raised by her mother, and when she was a little girl, she would hide in the basement dancing and lip-synching to songs from the radio and soundtracks from her favorite films. Ms. Vice has overcome many obstacles to get to where she is today. She credits her adventurous life to dealing with things as they come, never forcing anything, and taking risks. It s all about risk, and taking risks is never regretful...well, most of the time. ~ Amazon