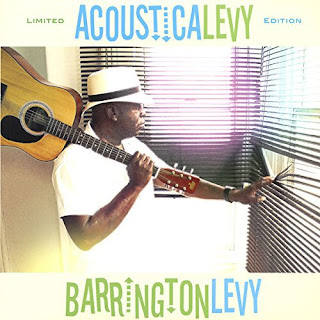 AcousticaLevy, represents the first studio album by the enigmatic singer since 1998's Living Dangerously. Levy burst upon the scene in the late 1970s, a diminutive youth with a signature golden voice who, along with producer Henry "Junjo" Lawes and the Roots Radics band, ushered in the early dancehall era of reggae, changing the sound and vibe of the music forever. Throughout the early 1980s, Levy was one of the most popular and prolific artists in the game before moving to the UK and teaming up with producer Jah Screw. With Screw, Barrington Levy would record many of the timeless hits that made him one of the most celebrated vocalists to ever emerge from the Jamaican music scene. Songs like "Murdera," "Under Me Sensi," "Prison Oval Rock," "Black Roses," and "Here I Come" are modern classics that are still highly regarded by fans today, allowing Levy to pack houses throughout the US and Europe. AcousticaLevy is produced by Barrington Levy and musician/producer Handel Tucker, and features "Bull" singing his most beloved hits acoustically. Tucker is a hitmaker's hitmaker whose credits include the platinim-selling Bonafide by Maxi Priest, The Score album by the Fugees, and Etana's brilliant 2014 album, I Rise. Tucker has worked with Levy previously, having played keys on Levy's 1993 debut album for MCA titled Barrington. The album, which will be released April 15, 2015 on Doctor Dread's DDP record label, includes tunes like "Murdera," "Under Me Sensi," "Prison Oval Rock," "Be Strong", "Teach The Youth," "Here I Come". Also included on the album are three new tracks: "Life is Great" (featuring Patrice), "Things Friends" and "Times Hard." ~ Amazon 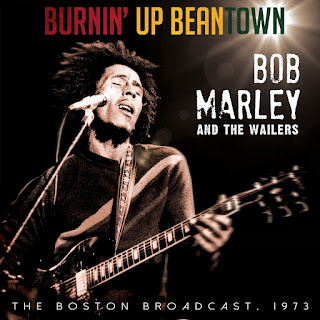 BOB MARLEY AND THE WAILERS - BURNIN' UP BEANTOWN: THE BOSTON BROADCAST - 1973

1973 was the pivotal year in the life of Bob Marley & The Wailers. Though a popular reggae act in their native Jamaica, as well as amongst the Caribbean diaspora in the UK, during the 60s and early 70s West Indian musical forms remained a marginal interest in the major music markets of the US and Europe. While in London in 1972, Marley came to the attention of Chris Blackwell, the young and enterprising founder of Island records who had started to harbour ambitions of bringing ska and reggae music to a mainstream audience. A shrewd marketer well attuned to the shifting notes of musical trend, Blackwell felt that the way to break reggae would be to hook onto the spirit of rebellion inherent to rock n roll. Key to Blackwell s project was the search for a charismatic personality, someone who could style themselves as an iconoclast and cross into the rock world as an insurgent, irresistible force; in Bob Marley, Blackwell recognised such a figure. Released in April 1973, the band s debut for Island, Catch a Fire , broke into the charts in both the US and UK and turned the ears of influential music critics everywhere. The subsequent North American tour saw The Wailers opening for the likes of Bruce Springsteen and Sly & The Family Stone, crucial milestones on the road to the international ascension of reggae music. Behind the scenes, however, all was not well. Peter Tosh and Bunny Wailer were suspicious of Blackwell and felt that they were being presented as sidemen to Marley s star performer. By the end of the year, after disagreements around touring, both had quit the band to embark on solo careers. This performance captures the Waliers at their defining moment- the opening night of their North American Catch a Fire tour. Recorded at Paul s Mall in Boston on the 11th of July 1973 and broadcast live by local radio station WBCN, the gig is a fascinating document of an incredible band at the very moment that they broke through; it remains essential listening for Marley fans, reggae enthusiasts and music lovers in general. 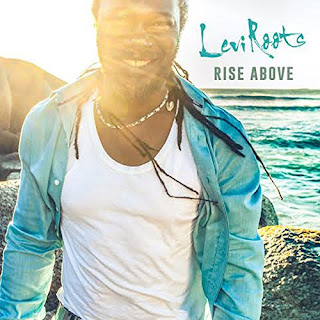 THE album for this summer!! This is no ordinary album release from an ordinary artist. Levi Roots has a unique story which many already know. Levi has always wanted to release commercially accessible reggae, and many don’t know that he was actually a MOBO nominated musician. Music and food have always been his passion, and now finally the album has come. With the majority of the songs co-written and co-produced by Levi, as well as three fantastically different but well-known covers, this is an album of strength and depth, ranging from roots inspired reggae with beautifully crafted melodies, to a brilliant cover of the inimitably catchy “Don’t Worry Be Happy”. There is certainly something for everyone on this album and first single “Jam In The Streets” is an infectious summer song that you can’t help singing along to. ~ Amazon