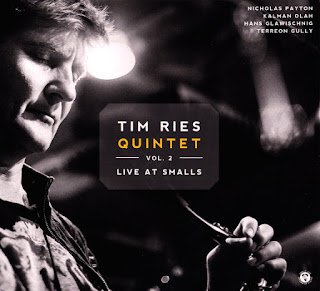 A stunning second set from Smalls from saxophonist Tim Ries – a wonderful showcase for both his talents as a writer and as a soloist – and also a surprisingly unified group effort too! Like most of the Smalls Live series, the sound here is hardly that of an old school live jazz album – no long riffing on familiar standards, and instead a very powerful presentation of new ideas before a rapt live audience – tracks that are clearly the result of careful focus and rehearsal, and very dynamic interplay between all the group members! In addition to Tim's work on tenor and sopranos ax, the album also features Nicholas Payton on trumpet, Kalman Olah on piano, Hans Glaswischnig on bass, and Terreon Gully on drums – and the last two players bring an especially strong energy to the record – almost a modal vibe on the long tracks. Titles include "After Talking", "Flying Dreams", "Follow Your Heart", "As I Am", and "6556". ~ Dusty Groove 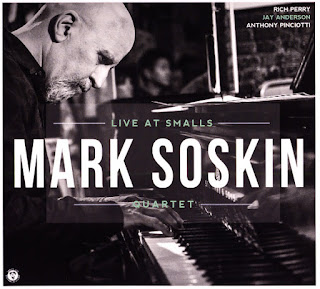 Pianist Mark Soskin's been making music for the past few decades, but emerges here with a wonderfully fresh sound in the setting of the Live At Smalls series – working in this open, unbridled way that seems to bring forth some of his best solos in years, and show off some wonderful group energy too! Mark balances between lyrical, introspective passages and some more dynamic flights on the piano – and works here with a combo that features Jay Anderson on bass and Anthony Pinciotti on drums, plus some bolder tenor from Rich Perry, whose presence really gives the album a deeper current of soul! The choice of material is compelling, too – tunes by Monk, Stanley Cowell, Wayne Shorter, and Miles Davis – often introduced by Soskin in this gentle way, then set fire by the rest of the group. Titles include "Lonely Town", "Cal Massey", "Blackberry Winter", "In A Silent Way", "Miyako", and "Think Of One". ~ Dusty Groove 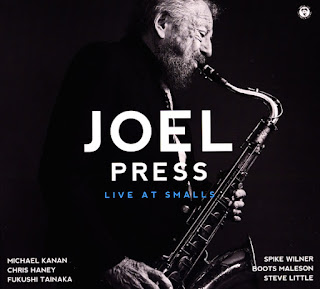 
Very soulful work from te - tenorist Joel Press – blowing here as a real old school swinger, with an especially strong emphasis on ballads! Most tunes are standards, and given this gentle groove that really fits Joel's rich sound – a style that's easygoing, and never forced – with some slight sharp edges at times, but mostly a strong focus on tone and timing – in ways that take us back to some of Coleman Hawkins' great late small group sides, or maybe Sonny Rollins on ballads and standards. All the best qualities in Press' performance are brought out by the Live At Smalls approach – clear, clean, and nicely unfettered – and the tenorist works with two different groups – one with Michael Kanan on piano, Chris Haney on bass, and Fukushi Tainaka on drums – the other with Spike Wilner on piano, Boots Maleson on bass, and Steve Little on drums. Titles include "Lover Man", "All Of Me", "I Never Knew", "There Will Never Be Another You", "I Hear A Rhapsody", and "That Old Feeling". ~ Dusty Groove