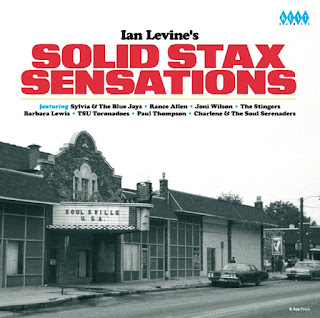 DJ and record producer Ian Levine was one of the prime movers in establishing Northern Soul as a youth cult in the UK in the early to mid-70s. His sets at Blackpool Mecca's Highland Rooms were innovative and he was at the forefront of the scene's musical development through the 70s. His Solid Soul Sensations for Pye Records in 1975 set a benchmark for Northern Soul LPs and was a major seller. Ian has applied that knowledge and taste to Stax's highly esteemed catalogue of recordings and chosen 25 superb soul songs aimed primarily for the dancers. Big spins from the 70s such as Barbara Lewis The Stars and Margie Joseph's One More Chance have been combined with floor-fillers from today including Charlene & The Soul Serenaders Can You Win and (Let Hurt Put You In The) Loser's Seat by Joni Wilson (under the guidance of George Clinton). Although he concentrated on producing in the 80s and 90s, Ian already knew many of the big Stax sounds, such as Paul Thompson's Special Kind Of Woman and Ilana's Where Would You Be Today through his own impressive Stax collection. Inevitably Ian has come up with some leftfield numbers from Proud As Punch, the Cheques and Bobby Whitlock and there is a super vault discovery from Sylvia & The Blue Jays. The major players are covered with tracks from David Porter, Rance Allen, the Dramatics, William Bell and Northern Soul's first superstar, Major Lance. ~ Amazon 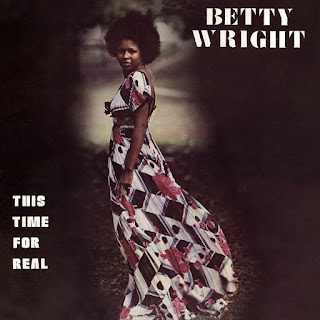 BETTY WRIGHT - THIS TIME FOR REAL

Betty Wright has been of the most well known and respected female Soul singers in a career that spans over 45 years. Her breakthrough million selling hit from 1971 Clean Up Woman is an iconic Soul sister track. Betty recorded eight albums for the Miami based Alston label part of Henry Stones TK empire between.1968 and 1979. Soul Brother Records have previously reissued two, Danger High Voltage from 1974 and Explosion from 1976. Betty's 1977 album This Time For Real is one of her most consistent if possibly overlooked albums and opens with the highly regarded modern soul dance record That Man of Mine (credited on the 45 as Man Of Mine both on the original US release and limited edition UK release on Soul Brother for Record Store Day 2015). Also here is the popular rare groove track If You Abuse My Love (You'll Lose My Love), the lush ballad A Sometime Kind of Thing and more quality outings like Brick Grits on an album produced in an original style. Betty Wright is still very popular today and her comeback album with The Roots Betty Wright The Movie has raised her profile further. She has appeared with Jools Holland on TV and regularly performs in the UK. ~ Amazon 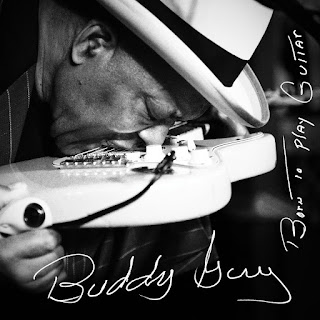 New release coming July 31 from the great Buddy Guy.  Track listing includes: Born To Play Guitar, Wear You Out feat. Billy Gibbons, Back Up Mama, Too Late featuring Kim Wilson, Whiskey, Beer & Wine, Kiss Me Quick featuring Kim Wilson, Crying Out of One Eye, (Baby) You Got What It Takes featuring Joss Stone, Turn Me Wild, Crazy World, Smarter Than I Was, Thick Like Mississippi Mud, Flesh & Bone with Van Morrison, and Come Back Muddy.