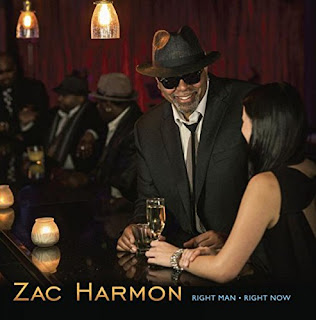 Zac Harmon is an award-winning guitarist, organist, singer and songwriter whose distinctive style combines the best of old-school soul-blues artists with modern lyrics and themes that bring the blues into a new century. 'Right Man Right Now' is contemporary music that proves just how alive and relevant the blues is today. Addressing issues straight from today's headlines, Harmon presents them in a fresh original style built on the best blues tradition. And he has some incredibly talented musicians helping him, with guests including Bobby Rush, Lucky Peterson, Anson Funderburgh and Mike Finnegan. A native of Jackson, Mississippi, Harmon played guitar for Z.Z. Hill, Dorothy Moore and Sam Myers before moving to L.A., where he established himself as a successful session musician, songwriter and producer, working with the likes of Evelyn 'Champagne' King, The Whispers, The O'Jays and Black Uhuru. Harmon won the Blues Foundation's prestigious International Blues Challenge (IBC) title of 'Best Unsigned Band' and two years later won the Blues Music Award for 'Best New Artist Debut'. Since then, he has become one of the strongest live performers in the genre, thrilling fans everywhere from Memphis to Mumbai, and with 'Right Man Right Now' he finally brings that excitement to a brand new album, his bluesiest ever. The album provides definitive proof that Zac Harmon is indeed the right man to firmly establish all that blues can and should be right now in the second decade of the new millennium. ~ Amazon 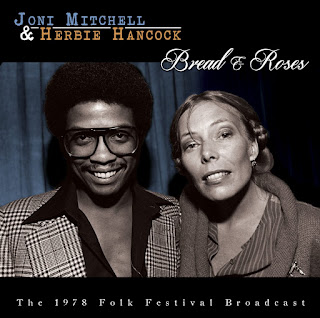 In the late 70s Mimi Fariña, the folk singer and younger sister of Joan Baez, established the annual Bread & Roses Festival of Music as a fundraiser for her co-operative social organisation of the same name. The event featured the music world s leading activists and politically engaged artists: Stephen Stills, Pete Seeger, Tom Paxton and Bonnie Raitt among them. The second Bread & Roses Festival took place over the Labor Day weekend in September 1978 at the Greek Theatre in Berkley and marked the stunning comeback of one of the greatest singer-songwriters of all time: Joni Mitchell. Joni Mitchell had not performed live since her appearance at The Band s Last Waltz nearly two years earlier and had been undergoing a stylistic transformation, turning away from the acoustic folk of her early career to explore Jazz influenced work. Mitchell s appearance at Bread & Roses was the highlight of the festival, broadcast live by the radio station WBUR, she was joined on-stage by the jazz legend and pioneering fusion artist Herbie Hancock. The set correspondingly featured a full exposition of her new direction - material from Hejira as well as the first incarnations of songs from Mingus , the concept collaboration with Charles Mingus that would not surface until almost a year later. Bread & Roses is a rare and fascinating record of Joni Mitchell during one of her most artistically fertile, daring periods.; coming in advance of Mingus , there s also a loose, exploratory feel to the performance, as Mitchell tests her new work in public for the first time. This concert is quite simply essential listening both for Joni Mitchell fans and anyone wishing to acquaint themselves with one of the most iconic, innovative voices in music. ~ Amazon 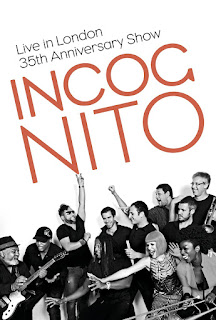 On July 12, 2014, Incognito threw a party that will surely be remembered for years to come. To celebrate the band's 35th anniversary in style, Incognito played a show at London's O2 Shepherd's Bush Empire and invited friends, family and fans to join them for a wild night out. With guest performances by genre and music companion Mario Biondi, American soul diva Carleen Anderson and friends and artists from former and current times like Mo Brandis and Imaani, Incognito dug up songs from now and then for an amazing performance, delivered in style, with passion, with soul, with heart. The band's greatest hits like their #6 UK single charts success “Always There”, their first single ever “Parisienne Girl” as well as recent songs like “Goodbye To Yesterday”, fan favourites and songs dear to the band are represented on this night to remember. The memorable gig brought the essentials of Incognito, the jazz, blues, funk, soul, latin and dance together for a perfect blend. The songs are just as surprising on the HD live video as on CD - a great emotional atmosphere where to feel that Incognito loves and lives the music. Embedded with funky grooves and huge soulful voices this music experience will definitely give you goose bumps in its quieter parts and animate you to lose control in the faster ones. So it's time now to turn up the volume control and dance! ~ Amazon