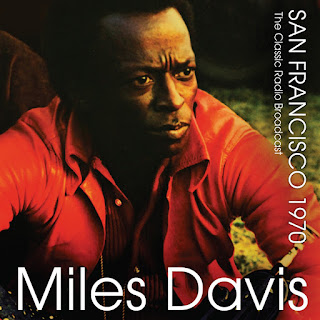 
As the 1960s wound to a close, Miles Davis was fearlessly forging ahead into new musical directions. Following the transitional In a Silent Way, the groundbreaking double album, Bitches Brew would signal an entirely new musical form that found Davis embracing electronic instrumentation and amplification. By 1970, Davis was performing before the largest audiences of his career, often opening for popular rock bands of the era. He had opened for The Band at the Hollywood Bowl, and on Fillmore East bills for headliners Laura Nyro and Neil Young & Crazy Horse. He also played a multi-night run in April '70 opening for the Grateful Dead at Fillmore West. These performances brought Davis a new younger audience that might not have understood the genesis of his music, but dug it just the same. It's a telling comment on Miles' relentlessly forward-looking vision that a mere sixteen months after recording Bitches Brew, and barely eight months after releasing it to unprecedented commercial success, he had effectively dropped most of its material from his live repertoire. On this performance, Davis focuses primarily on new compositions (What I Say, Honky Tonk, Funky Tonk, and Yesternow), with only eleven minutes of the hour-plus performance exploring established cuts Bitches Brew and Sanctuary. Yesternow, a ferocious track Davis had recorded the previous April for the Tribute to Jack Johnson film, is followed by the title track from Bitches Brew, concluding with another new composition, Funky Tonk. During the nearly 35 minutes of music contained in these last three pieces, the group's power and precision is nothing short of astounding. Apart from the set-closing cue of The Theme, little of this music derives from Miles' jazz period, nor does it fall into the free jazz category that it is so often mistakenly associated with. This music is much funkier, often comprised of deep, one chord, cyclical grooves that have little in common with jazz. ~ Amazon 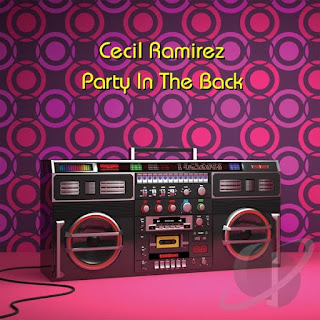 CECIL RAMIREZ - PARTY IN THE BACK

"Party In The Back" is Cecil's homage to the R&B grooves that he grew up with, listened to and played as part of an R&B band on tour in the 80's. The album is a collection of 7 hook-laden original tunes and 3 covers of Cecil's favorite songs. Cecil invited some of his buddies to play on Party In The Back and the album features amazing guest performances by sax men Michael Lington, Darren Rahn, & Phil Denny; guitarist Adam Hawley; and pianist and producer Brian Culbertson playing synth solos on the new single "Remember The Time".
About "Party In The Back:, Cecil says, "I wanted to create an album that showed where my music is today, but still reflected where I came from. Playing gigs in the 80's with a 7-piece group was a unique experience; I have great memories of the music and musicians I met during that time. Hopefully, the album will take listeners on a fun trip back to where they were in the 80's." From reviewer Jonathan Widran: Well known for his performances at Brian Culbertson's Napa Valley Jazz Getaway, elegant funk pianist Cecil Ramirez creates a dynamic contemporary style rooted in a classic, R&B throwback vibe on a mix of covers and originals. A dual celebration of soulful sensuality and high octane grooves, PARTY IN THE BACK rolls with big name invites like Culbertson (featured on a wild jam version of Michael Jackson's "Remember The Time"), Michael Lington, Darren Rahn, Phil Denny and Adam Hawley. Ramirez's lush ivories provide the melodic thrust on the bright, bouncy "J Street," the dreamy, laid back "Weekend in Napa" and the perfectly titled, divinely disco-fied "Party in the Back." Keep the fun front and center and find the PARTY IN THE BACK! ~ CD Universe 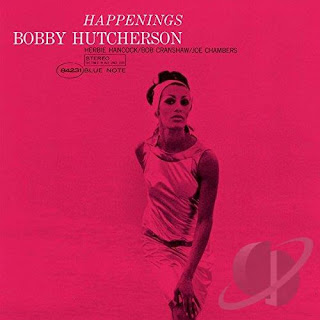 "Happenings" was vibraphonist Bobby Hutcherson's fourth Blue Note release as a leader. Where its predecessors "Dialogue" and "Components" were packed with challenging avant-bop, "Happenings" instead brings things down a notch. With pianist Herbie Hancock, drummer Joe Chambers, and bassist Bob Cranshaw on board, Hutcherson keeps the tone fairly light, performing his original compositions (the exception is Hancock's "Maiden Voyage") with a mellow, swinging style that emphasizes modal exploration. The performances are all top-notch, and the album still weighs in as one of the best in Hutcherson's fine catalogue. Personnel: Bobby Hutcherson (vibraphone, marimba); Herbie Hancock (piano); Bob Cranshaw (bass); Joe Chambers (drums). Recorded at the Van Gelder Studio, Englewood Cliffs, New Jersey on February 8, 1966. ~ CD Universe