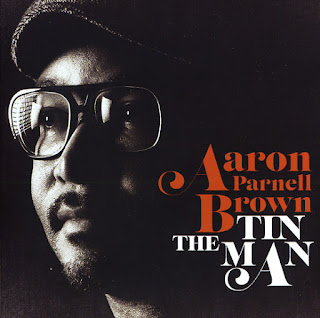 Aaron Parnell Brown's no tin man here – as the record has a rock-solid sound from the very first note, and a fresh approach that really sets Brown apart from so many male soul singers in the contemporary underground! Aaron's got this laidback vibe in his music – a deeply soulful approach that flows at its own pace, and doesn't need to step out sharply, and knock you over the head – instead kind of sliding into each track with gentle care, then letting things build up as the warm vocals glow nicely over the course of the record. That doesn't mean that things are sloppy or sleepy at all – just carefully confident to never burn the fire too brightly at one point – and instead go for this slow burn that really keeps the album strong throughout. Titles include "Bleed Me Dry", "Can't Stop", "Just Leave", "Somewhere Around", "Changes", "Everlasting Light", "I Believe In You", and "We All Fall In Love Sometimes".  ~ Dusty Groove 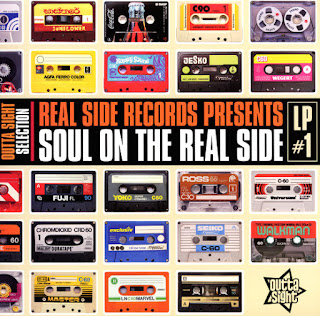 REAL SIDE RECORDS PRESENTS SOUL ON THE REAL SIDE LP#1

Contemporary cuts mixed with rare soul nuggets – all in a blend that goes way beyond the usual soul compilation! The Real Side team have issued a number of underground tracks on their own during the past decade – but they've also got ears that are really tuned towards a unique slice of soul from the 70s – those tracks that might have a deep soul feel in the vocals, but a modern soul element in the rhythms – a blend of rough and smooth that really sparkles strongly on the older tracks on this set! This first LP in the series is a combination of tracks from all 3 CD volumes – with maybe a slightly stronger focus on recent material – and titles include "On The Real Side" by Larry Saunders, "Favour" by Jacqi Williams, "This Girl" by Cookin On 3 Burners with Kylie Auldist, "Love's Journey" by Mebus, "Keep On Pushing Love" by Al Green, "The Walk" by Jesse Gomez & TCB, "Born To Break My Heart (Carolina rmx)" by Roy G Hemmings, and "Hold On To The Blues" by Lonne Givens. ~ Dusty Groove 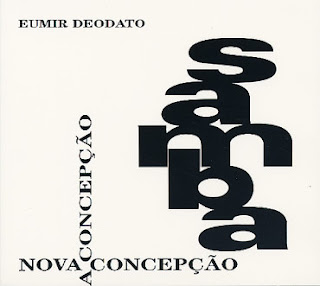 Snapping percussion, sweet jazzy organ, and other great instrumentation – all dancing wonderfully together in this early bossa jazz set from Eumir Deodato! The album's got a simple brilliance that's totally great – and a sense of color, tone, and timing that really shows Deodato's skill at arranging – a mode that's sophisticated, but which never fails to groove! The whole thing's quite different than his later famous sides on CTI – and it's proof that even at the start, the maestro had a sound that was unlike anyone else. Players include Tenorio Jr on piano, Jose De Araju Oliveira on tenor, and Jorge Ferreira Da Silva on flute and alto – and titles include "Nana", "Straits Of McClellan", "Amor De Nada", "Garota De Ipanema", "Adriana", and "Samba No Congo". ~ Dusty Groove