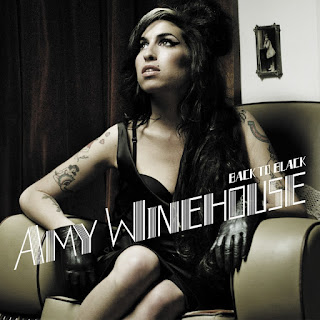 Amy Winehouse's career, though meteoric, was unfortunately cut short by tragedy, but the multi-GRAMMY® Award winner's musical legacy can now be appreciated anew with Island Records/Universal Music Enterprises' digital re-mastering of her first two albums. The sultry jazz-and-soul-tinged 2003 debut Frank, a testament to her love of singers like Ella Fitzgerald, Sarah Vaughan, Dinah Washington and Nina Simone, led to her commercial breakthrough, Back To Black, issued in 2006, which earned her a Best new Artist award at the Grammys the following years, as well as Best Pop Vocal Album and Best Female Pop Vocal Performance, and the ultimate prizes, Record and Song of the Year for "Rehab." With five GRAMMY® Awards, she was the first British female performer ever to win that many. Both Frank and Back To Black have been re-released in digital form to online retail partners June 30 on the heels of the critically acclaimed documentary Amy.

Additionally, rare remixes issued for singles from the Back To Black album – "Back To Black," "Rehab," "You Know I'm No Good" and "Tears Dry On Their Own" – released July 17 as digital e-singles; many of the remixes have been unavailable for several years.

Born in North London, Winehouse's vocal abilities were apparent from an early age, and she began writing after picking up a guitar at 14. After writing for the World Entertainment News Network as a music journalist and singing for a local group, Amy was the featured vocalist with the National Youth Jazz Orchestra when she was 16 in 2000. By 2003, she was signed to Simon Fuller's 19 Management, which developed her while she sang jazz standards at clubs in and around London.

Frank: Winehouse's debut album, released October 20, 2003, was named after her father Mitch's favorite singer – Sinatra, the Chairman of the Board – as well as the honest nature of the lyrics. Produced mainly by Salaam Remi, Frank featured songs co-written by Amy as well as three covers, one of them a "hidden" track, "Mr. Magic (Through The Smoke)," a masterful reinterpretation of the Grover Washington Jr. hit "Mister Magic." Amy's composition "Stronger Than Me" received the U.K.'s prestigious Ivor Novello Prize for Best Contemporary Song, while the album earned her two BRIT Awards nominations and was short-listed for the Mercury Prize; it went on to sell more than one million albums in the U.K. The Washington Post noted, "Her attitude and command were already there… and then some."

Back To Black: Released October 27, 2006, Winehouse's multi-GRAMMY®-winning masterpiece reflected her growing interest in the girl groups sound of the '50s and '60s. A "21st century soul classic" (The Guardian), the album topped the U.K. chart, selling more than 3.6 million in the U.K., where it is the second best-selling album since 2000 after Adele's 21. In the U.S. Back to Black peaked at No. 2 on both the Billboard 200 and Top Alternative Albums chart, and sold three million copies; it has been certified multi-platinum in 16 countries worldwide. Co-produced by Remi and Mark Ronson, the album was shortlisted for the Mercury Prize while Amy picked up a Brit Award for Best British Female Artist and Ronson won a GRAMMY® for Producer of the Year. Of its five singles, "Rehab" and "Love Is A Losing Game" earned Amy her second and third Ivor Novello Awards. The U.S. will see a digital release of the U.K. version of the album for the first time, which adds the track "Addicted," which had been previously unavailable in the States. The original U.S. bonus tracks, "You Know I'm No Good" featuring Ghostface Killer and "Rehab (Hot Chip Remix)" will be available in the newly compiled digital e-singles.

Track listing for Back To Black digital album:

Back To Black Remixes: Four separate digital singles including rare remixes of each track, as below: