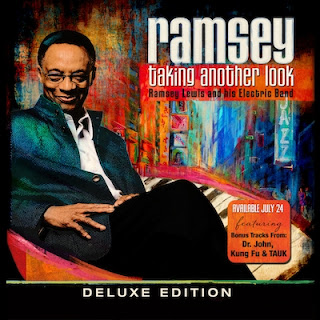 On Ramsey Lewis’ 80th CD, he rekindles his 1974 career defining album Sun Goddess through a collection of re-recorded tracks from the original disc perfectly balanced with five new tunes. “Jungle Strut” has all the attitude of its 1974 original and Lewis makes magic on the Fender Rhodes in “Tambura.” For the title track, Lewis has beautifully re-edited the original studio recording featuring Earth, Wind and Fire. Lewis and his Electric Band breathe new life into classic covers, such as the new high octane rendition of Stevie Wonder’s “Living For The City” and a tender interpretation of the timeless “Betcha By Golly Wow.” Tracks: Intimacy; Tambura; Love Song; Living For The City; Betcha By Golly Wow; To Know Her; The Way She Smiles; Jungle Strut; Sharing Her Journey; Sun Goddess; Jungle Strut (featuring Dr. John); Tambura (featuring Kung Fu); and Sharing Her Journey (featuring TAUK). 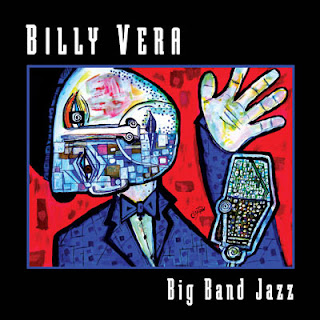 Big Band Jazz is an album that singer, songwriter, music historian Billy Vera has wanted to record for a long time. The album is a big band salute to the great black songwriters of the 1920s, ‘30s and ‘40s. The album features “Since I Fell For You,” “Just A-Sittin' And A-Rockin',” and the Lowell Fulson/Billy Vera classic “Room With A View” (originally written for Lou Rawls). Also includes: Cherry; When It’s Sleepytime Down South; I Want To Be Loved (But Only By You); My Little Brown Book; Blue And Sentimental; and I’ll Never Be Free. 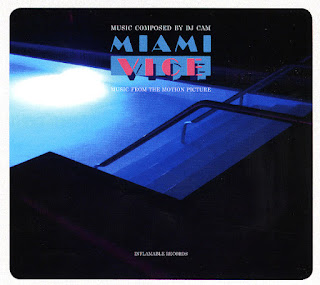 DJ Cam pays tribute to the great moment of Miami Vice in the 80s – but with a sound that's definitely 21st Century all the way through! The music here is mostly composed by Cam – supposedly in Miami – and the whole thing does feel like some revised soundtrack for the famous show, but set in a whole new milieu – from the leadoff track, which samples and snips bits from the original program – to instrumentals which cascade nicely with a sun-drenched, languorous version of hip hop instrumentals. There's a few vocal tracks – two with MC Eiht, one with Earl Davis – and titles include "Welcome To Little Haiti", "Tubbs Theme", "Crockett's Theme", "Move That Dope", "Music To Drive By", "Weather Underground", and "In The Air Tonight". ~ Dusty Groove