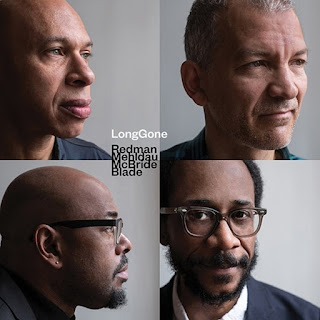 This all-star quartet really won us over the first time around (and trust us, we can always be wary of too many cooks in the broth) – and they're equally great here, too – with a sound that's even greater than the sum of its mighty parts – almost as if each of these longtime leaders have decided it's even better to throw their collective hats in the ring and come up with something really special together! The piano of Brad Mehldau has a way of really ringing out with a brightness next to the sharper edges of Redman's horn – who himself seems to push forward with a new sense of imagination on his solos – warmed up a bit by the bass of Christian McBride, as all the players are kicked into gear by Brian Blade's work on drums. Titles include "Statuesque", "Ship To Shore", "Kite Song", "Disco Ears", and "Long Gone".  ~ Dusty Groove 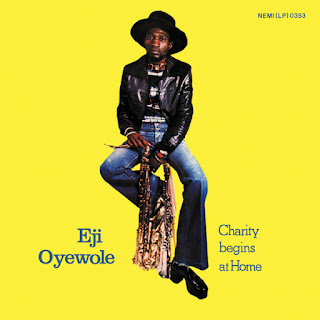 Another long-lost classic from the golden age of African music, from a figure who is still beginning to get his props internationally, Eji Oyewole. Born to a royal lineage in Ibadan, Prince Eji Oyewole has had a career as a flautist, saxophonist and sometime bandleader spanning well over half a century. He trained both in Nigeria and then at Trinity the prestigious music school in London, and his life as an itinerant musician also saw him living for extensive periods in Geneva, Hamburg and in Lyon. While for many years Fela Kuti (with whom Eji played) and King Sunny Adé commanded international attention to the exclusion of most other Nigerian musicians, as if there was only room for one Nigerian superstar at a time on the world stage, on the domestic scene things were very different. Eji was part of the huge craze for ‘highlife’, a generic term that in fact subsumed many different styles, united in their fusion of traditional west African forms with jazz influences and electric instruments, and in the bands’ working practices as entertainers at the nation’s numerous hotel/nightclubs. As this cracking album, recorded for EMI Nigeria at the tail end of the ‘70s and now remastered, reveals, Eji’s version of highlife was even more distinctive than most, eschewing the usual emphasis on guitars for a brasher, horn-laden sound, seemingly influenced as much by American funk as it was jazz, and of course with the heavy percussive undertow central to most African music. This gave Eji a chance to shine, and there are some scorching solos as well as tight ensemble playing across the four lengthy (to ears accustomed to the three-minute pop song) songs. Eji also played piano on the session. The material has an element of social commentary (Oil Boom and Unity In Africa) and should help feed the seemingly insatiable appetites of the many who have been turned onto African music by the enterprising efforts of devoted collectors, labels and fellow fans. Surely one of the few musicians who has played with Fela, Miles Davis and Bob Marley, Eji Oyewole still plays regularly in Lagos, recently had an album of new material out with his current band The Afrobars, and has been a member of Faaji Agba, a super-group that has toured internationally and been dubbed ‘the Nigerian Buena-Vista Social Club’. 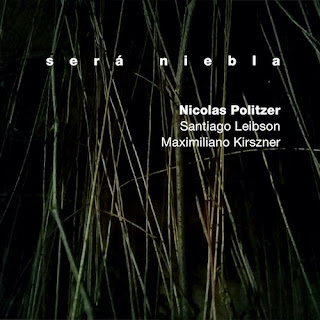 Sera Niebla is Nicolas Politzer's debut album as drummer, composer, and leader of this trio that is completed by Santiago Leibson on piano and electronics, and Maximiliano Kirszner on double bass. The trio was formed in 2010 and has recorded a total of four albums, Amon, Pendular, Vivo en el FNA (these three under the name of Santiago Leibson Trío), and lastly, Sera Niebla. This joint trajectory, to which concerts and tours of this band are added, is presented as a fundamental element in the formation of a common language, thus allowing a natural musical development of the compositions, with a strong emphasis on group interaction. , improvisation as a compositional element, and confidence. Composed entirely in 2020 as a result of some composition classes (digital since we were going through the first year of the pandemic) with maestro Diego Schissi, the album is one more excuse to continue making music in this group and find a way of self-expression that invites you to discover new textures, dynamics and ways of appealing to the listener's emotions. 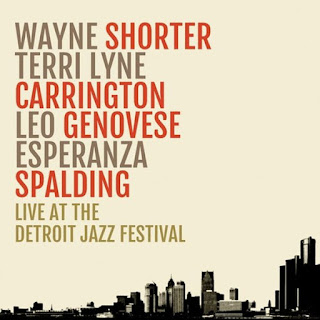 A really unique lineup, coming together in a really unique performance – one that definitely pushes the boundaries of all artists involved, and makes for music that's beyond any expectations you might have for the players! The tracks are long, and the music is often quite free and improvised at times – loose, open, and wonderfully experimental – yet still filled with the individual strengths and souls of each of the players – Wayne Shorter on tenor and soprano, Leo Genovese on piano, Terri Lyne Carrington on drums, and Esperanda Spaulding on bass and vocals – the latter of which are nicely different here than on her own albums. There's definitely some of the darker currents that Shorter has brought to his music in the past two decades – and titles include "Someplace Called Where", "Endangered Species", "Encontros E Despedidas", "Drummers Song", and "Midnight In Carlotta's Hair". ~ Dusty Groove