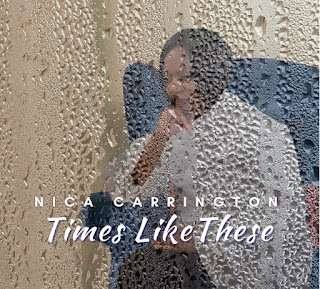 It took a worldwide epidemic to make vocalist Nica Carrington fully realize that tomorrow is not promised to anyone. Although she has been singing and studying voice since she was a young child, her shyness made her feel more comfortable singing in choirs surrounded by others rather than stepping into the spotlight as a solo performer. But now with the release of her debut album, Times Like These, audiences will get to appreciate her smokey, warm voice and soulful interpretations of great American standards. For her debut album, Carrington chose songs from the Great American Songbook that she learned about from her father’s record collection. Says Carrington, “I’ve always admired the composers and lyricists of the great standards. Their songs are timeless and I wanted to stay true to them, but I also wanted to present them with my own more contemporary style. The album is also an homage to my father. He passed away a couple of years ago, but his influence on me is indelible, and I needed to channel my feelings through music.” While this is Carrington’s debut recording, her personality shines through, and she sings with the assuredness and vocal savvy that elevates Times Like These from being merely another recording of great American standards to an eloquent personal statement sung with a very contemporary edge. Nica is accompanied by top west coast trio of John Proulx (piano, arr., producer), Chuck Berghofer (bs) & Joe LaBarbera (dr). 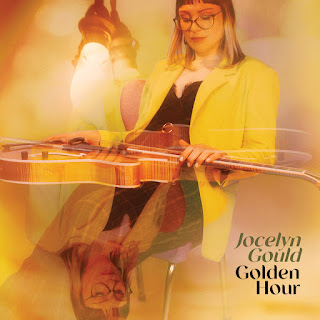 Golden Hour is guitarist Jocelyn Gould’s sophomore album. A follow up to her 2020 Juno-winning debut Elegant Traveler, Golden Hour further explores her musical character and personal development. It showcases her virtuosic guitar playing and dynamic compositions, and introduces her voice, which is featured on several tracks. Golden Hour features six original compositions and four American songbook standards. The album is steeped in traditional jazz guitar history, paying homage to guitar greats such as Wes Montgomery on Willow Weep for Me and the solo guitar style of Joe Pass on Sweet Lorraine. Her original compositions range from swinging straight ahead blues (Bright Note) to contemporary jazz compositions that include vamps and Coltrane changes (Gemini). She lends her voice to three tracks: Horizons, Serendipity, and A Cottage for Sale. Gould is joined by a group of internationally acclaimed musicians, including world renowned bassist Rodney Whitaker, drummer Quincy Davis, and pianist Will Bonness. This ensemble follows in the footsteps of many  of the classic guitar quartet records inspired Gould. She rounds out the group with Monk Competition winning saxophonist Jon Gordon on three tracks. When you listen to Golden Hour, you will hear swing, blues, memorable melodies, and Jocelyn’s signature rich, natural guitar sound. Record Kicks is proud to present the new compilation "Breaks and Beats Vol.2", released Friday July 1st on all digital platforms. "At Record Kicks we live for funky breaks and hot instrumentals, we have a reputation for that, with our catalogue being sampled by quite a few rap superstars such as Jay-Z, Tyler The Creator and Dr. Dre. With volume 2 of "Record Kicks Breaks and Beats", the new instalment of our digital compilation series, we've dug again into our funky vaults to bring you a new selection of the some of hottest instrumental tracks of the catalogue. Expect 12 tracks full of exclusive killer breaks and infectious beats brought to you by the very best of our roster. Featuring The Diasonics, Calibro 35, Third Coast Kings, Hannah Williams & The Affirmations, Baby Charles, Tanika Charles and many more! 12 hard hitting instrumental tracks yet to be sampled, you dig it!? Side by side with similar outfits like Daptone, Truth And Soul or Timmion, under its motto "The explosive sound from Today's scene", Milan-based independent label Record Kicks has been pitching the contemporary funk & soul scene since 2003. With over 200 releases under the belt, RK has released bands from all over the globe and earned the support of VIP fans such as Kenny Dope, Jamie Cullum, Craig Charles and, last but not least, Jay-Z, thanks to whom the label received a Grammy nomination for HOV's use of Hannah Williams' "Late Nights And Heartbreak" as backdrop for his "4:44" in 2018." 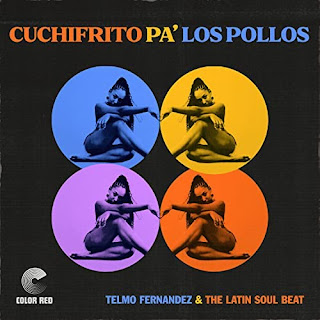 Telmo Fernandez is a Spanish guitarist/composer/arranger with an eclectic style and broad musical taste in music. His own work goes from the classic jazz guitar-organ-drums trio to larger ensembles and covers genres such as Latin music, rhythm & blues, straight ahead jazz, funk, soul, hip-hop and Afro Cuban music. Deeply rooted in the sounds of the 1970s, he adds a contemporary flavor of his own to his music. His influences include legendary guitarists like Grant Green and Wes Montgomery to iconic artists such as Roy Ayers, Mongo Santamaría, Albert King, James Brown, Elio Revé, and Pacho Alonso. After a 5 year hiatus in his career, he comes back strong to the scene with three new albums. The first one is “El Maldecido”, a large ensemble featuring some of the most acclaimed Cuban musicians in the Spanish scene today (Yuvisney Aguilar, Jorge Vistel, Harold Rey, Yarel Hernandez). The album revisits the "Salsa Brava" and "Afro-Cuban" music of the 1970s through eleven tracks composed and arranged by Telmo. A deep and personal homage to this music genre and his Antillean ancestors. The album is out in will come out in October 2022.