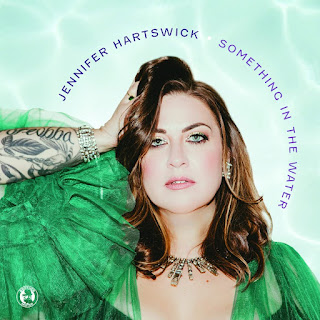 Jennifer Hartswick - Something In The Water

Reprising her studio collaboration with renowned bassist and dear friend Christian McBride, the highly sought-after singer and trumpeter interprets nine new tracks comprised of original repertoire and fresh arrangements of familiar songs alongside her core ensemble and featured guests. Co-written with guitarist and album producer Nick Cassarino, Something in the Water presents a tender portrait of the human condition, brimming with humor and vulnerability. “We wanted to celebrate the human experience,” says the Nashville-based artist. “We wanted to write about all facets of love and life and loss and gain. There’s definitely an arc of someone’s life in this album.” 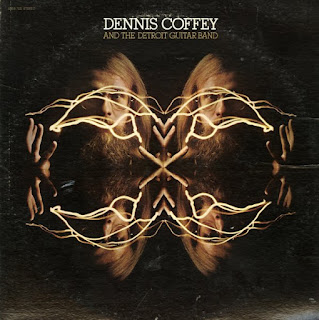 Mad funk from Dennis Coffey – and the follow-up to his landmark Evolution album! It's interesting to note that Coffey's group is listed as the "Detroit Guitar Band" – which kind of foregrounds their link between the city's two strongest music sides of the late 60s: the hard heavy rock of groups like The Stooges and MC5, and the still-strong soul industry, of which Coffey was a seminal part. But note also that Coffey's the only guy playing guitar on the record, thanks to the magic of overdubs! The album features a funky follow-up to Coffey's earlier hit, called "Son Of Scorpio", plus plenty of other funky guitar numbers like "Capricorn's Thing", "Lonely Moon Child", "Twins Of Gemini", and "The Sagitarian". ~ Dusty Groove 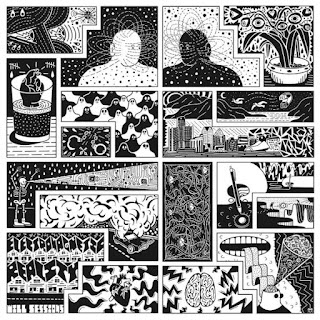 A full funky set of tracks from Will Sessions – a record that more than lives up to the group's previous legacy, but also seems to take them into this cool cosmic territory – maybe even the "electromagnetic reality" promised in the title! There was always raw funk energy at the Will Sessions core, but this time around it's almost as if it's wrapped up in some sweet spacey sounds that echo the 70s revolution of artists like Lonnie Liston Smith or Larry Mizell – which, as you can imagine, only makes the elements at the core even sound better! The whole thing's great – and titles include "Coffee Cup", "Lil Picasso", "Seagulls", "Out Done", "Yeah Yeah", "Phase Shift", and "Planet Jumper". ~ Dusty Groove 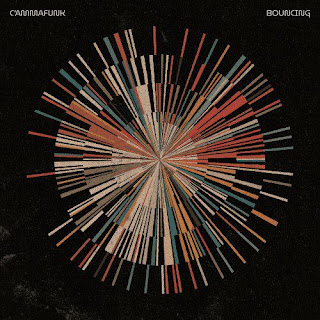 With one foot firmly planted in the past and their eyes set on the future, C’ammafunk are a sextet characterized by an explosive and energetic sound, perfectly showcased in their debut full-length Bouncing. Bouncing owes its title to an expression the band uses frequently: “let the bounce be with you”, which encapsulates the group’s mission of creating captivating grooves and contagious feel-good music. The album was anticipated by two singles, uptempo funk burner “Funkshovit” and neo soul / rap blend “Fly High” feat. Canadian rapper L. Teez. Elsewhere on the full-length you’ll find the fast-paced funk-fusion of “Pachyphytum”, or jazzy, instrumental hip hop vibes like in “DAM”, with its sophisticated Rhodes chord progressions. The album’s titletrack starts with a psychedelic intro which is then enriched by synths and effects, up to the final vamp that references rock sounds. In “N.O.E.L (No One Escapes The Loop)” the band pays homage to James Brown, using samples, loops and a badass bass. “This Is What You Got” provides some lighthearted, uplifting vibes, using panned guitar to give the song a rollicking quality. And finally, “Dundalk” closes the album and highlights the solo skills of C’ammafunk’s rhythm section, while laying a hard-hitting and slightly psychedelic beat. Irresistible grooves, fluid melodic lines and improvisation are what characterize C’ammafunk’s sound. Bouncing is not just the expression of this vision, but also a launching pad from which the band hopes to soar to new heights, thanks also to the collaboration with historical Italian label IRMA Records.