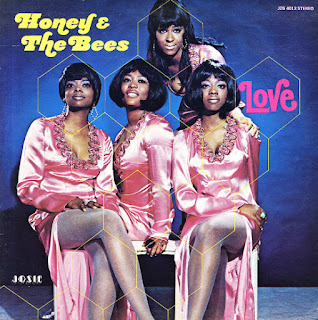 One of the great, lost albums of Philly Soul! And we mean really lost…Real Gone Music had to go to Italy and pay close to 500 euros to snag a copy for artwork. Jean Davis, Gwen Oliver, and Cassandra Wooten were known as The Yum-Yums when they auditioned for Arctic label founder Jimmy Bishop, who re-christened them as Honey and the Bees and added Nadine Felder to the line-up as lead vocalist. After Arctic folded, they moved to the Jubilee imprint Josie, where they recorded this 1970 gem. With a name like Honey and the Bees, it’ll come as no surprise that Love is pure, sweet soul, and it's the Philly Sound through and through, with arrangements by greats like Norman Harris, Ronnie Baker, and Bobby Martin. The medley of Teddy Randazzo tunes culminating in a gorgeous rendition of the Royalettes hit “It’s Gonna Take a Miracle” is the highlight, but the whole record is pure magic, so good that we enlisted Mike Milchner of Sonic Vision to remaster it for vinyl to ensure that every note breathes and sings. First ever LP reissue, pressed in honey colored vinyl limited to 2000 copies. 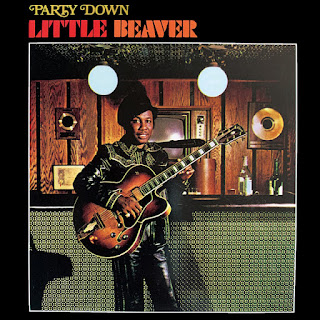 Willie Hale a.k.a. Little Beaver (so dubbed as a child because of his prominent front teeth) was one of the extraordinarily talented musicians Henry Stone assembled at his Hialeah, FL-based T.K. Records label and its assorted imprints. Among the artists who recorded for Stone were K.C. & the Sunshine Band, Timmy Thomas, Gwen McCrae, Betty Wright, and Benny Latimore…and backing them on a lot of those records was Hale, laying down mellow ‘n’ funky, jazz-influenced licks on his hollow-body Gibson. Hale’s talent was so distinctive that when Stone finally let Hale step out of the studio shadows to record his own album on the Cat imprint, the effects were immediate and long-lasting. Featuring contributions from Thomas, Wright, Latimore, and Jaco Pastorius (under the name Nelson “Jocko” Padron), 1974’s Party Down scored a #2 hit with its title track and has been repeatedly sampled by latter-day rap artists ranging from People Under the Stairs to Jay Z. himself (the “Party Life” track on his American Gangster album). Our Real Gone reissue of this nonstop groove-athon features a fresh remastering by Mike Milchner at SonicVision. Too Slow To Disco 4 (Various)

A really wonderful entry in this long-running series – one that really digs deep to go way past the obvious – and continued a journey into mellow-stepping music that moves much farther than we ever could have expected! If you know the other volumes, you'll know that the set looks at the more soulful side of the spectrum in the world of AOR – well-crafted cuts that groove along in a mellow sort of way – but which also aren't too commercial or pop-oriented too – work that was often cut with the best talents of the bigger labels, but never got much exposure at the time – which makes the pleasure of discovery here all that much greater. Titles include "Magic Song" by Jeannine Otis & Heikki Sarmanto, "Nothin To It" by Pleasure, "Groovy Times" by Alan Price, "Stay The Night" by Faragher Brothers, "Stay" by Severin Browne, "Generalities" by Marc Jordan, "Music In Me" by Stephen Encinas, "Tell Me The Reasons Why" by Max Leake, "Open Up" by James Felix, "Fall In Love In Outer Space" by Prime Time Band, "Mystery Girl" by The Dukes, "Now That I Need You" by Peter Skellern, and "Altogether Alone" by Hirth Martinez. ~ Dusty Groove 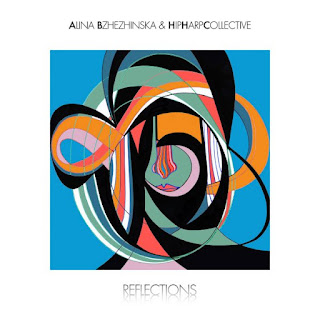 When we hear the phrase "hip harp", we think of the magnificent music that Dorothy Ashby cut for Cadet/Concept records at the end of the 60s – and when you hear this set, that's what you'll think of too – and we mean that in the best way possible! The set begins with a great reworking of Ashby's classic "Soul Vibrations – with the jazzy harp of Alina Bzhezhinska in the lead – but as the record moves on, the group really also find their own sound and style – maybe more of a jazz combo than you'd hear on some of Ashby's records – with great work from Tony Kofi on saxes and Jay Phelps on trumpet – both of whom really widen the scope of the sound! Vmala Rowe provides a bit of vocals – and titles include "Soul Vibrations", "Afro Blue", "Paris Sur Le Toit", "Meditation", "Fire", "For Carrol", and "Reflections". ~ Dusty Groove