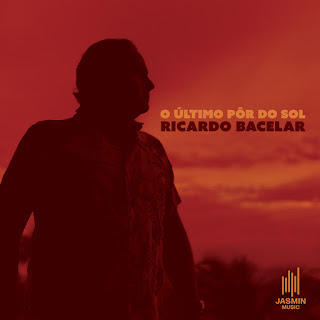 Brazilian pianist, vocalist, composer, and arranger Ricardo Bacelar recently released the first single, “O Último Pôr Do Sol,” from his forthcoming album entitled Congênito. The full album represents a departure from his previous recordings and features Bacelar as the project’s sole producer, vocalist, arranger, and instrumentalist. They are being released on his record label Jasmin Music.

“O Último Pôr Do Sol” was written by songwriters Lenine and Lula Quiroga and recounts lost love. Bacelar’s recording features a video set on a beach near Fortaleza, Brazil, a quaint fisherman village surrounded by a lush, scenic landscape, and tells the story of a man who is alone because his partner has left him. In it, Bacelar joins a fisherman at sea and sings the song’s Portuguese lyrics that reference the ocean, land, air, and the wind, all elements of the area that are highlighted throughout the piece.

Toward the end of the song, Bacelar incorporates a blend of exotic instruments, including the Berimbau, a common African instrument used by enslaved people when they were brought to Brazil from Africa. It is the primary instrument used in Capoeira, a martial arts form that incorporates dance with fighting. The form originated when enslaved people practiced fighting but camouflaged it with dance movements so it would go unnoticed by their enslavers. Later in the song, he uses a mix of Brazilian percussion and cymbals, symbolizing elements of Brazil’s culture.

The release of Congênito marks the launch of Bacelar’s fifth solo album, and is a significant accomplishment for him as he recorded, produced, and played all of the instruments on the recording exclusively. For Bacelar, it is the first solo album he created this way. He spent considerable time researching proper recording technologies, planning and writing many arrangements and determining the most suitable instruments to feature. He, along with only one recording engineer, Melk, completed the entire project. Throughout the process, he learned of the difficulties of playing each instrument and combining them to sound like a cohesive ensemble.

On his full album Congênito, Bacelar reimagines classic Brazilian music composed by numerous legendary Brazilian masters including Chico Buarque, Gilberto Gil, Caetano Veloso, Djavan, Ivan Lins, Lenine, and others. With the exception of two songs in English, all of the songs are in Portuguese.

“O Último Pôr Do Sol” was made available on all major music platforms on July 1, 2022; the full album is scheduled to be released in early August.