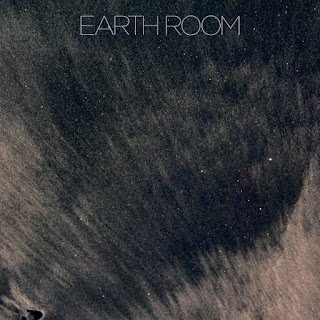 Earth Room is the self-titled debut of a new band making music in the spirit of electric-era Miles Davis, classic German space rock, and the “fourth world” studio experiments of Jon Hassell. The band is composed of three veterans of adventurous music in NYC: Robbie Lee on woodwinds and electronics, John Thayer on percussion and synthesizers, and Ezra Feinberg on acoustic and electric guitars.

In early 2019 Ezra was asked to play a two hour set for a night called “Planetarium” at the Bushwick club Nowadays, where, instead of dancing, one Thursday each month people came to lie on beanbags. Lacking two hours worth of solo material, he asked John and Robbie to join him. The show featured wide-ranging improvisation, deep-color drones, and instrumental freak-outs, and left the bean-bagers beatific. A band was born.

The three musicians got together throughout 2019 and pre-pandemic 2020, recording during off hours at Thump Studios where John is the in-house engineer. After the pandemic hit they got to work combing through these sessions, finding the juicy bits, seeing what worked, cutting the fat, peeling the onion, and tying the room together until there were no more overdubs or edits needed.

The process occasionally included yoking one jam from one particular day on top of another from a different day, as on the elegiac opener “Bridges of Waves,” in which primitive synthesizers are fused with Robbie and John’s ecstatic drums and flute. The second track, “Within the Field,” is a study in percussive textures, and, with Robbie’s catchy melody and Ezra’s Can-like bass line, comes closest to a pop tune on the record. “Sound on Sound (Bass Clarinet)” is just that: Robbie improvising as John worked the sound-on-sound tape machine, fragmenting and recombining the melodies in real time. The name Earth Room comes from “The New York Earth Room,” the famous 1977 experiment by the NYC artist Walter De Maria, in which soil was laid down in a loft gallery at 141 Wooster St in Soho. It has been maintained there ever since.

Robbie Lee has collaborated with Mary Halverson, Josef Van Wissum, Che Chen, Brian Chase and, most recently, on “Wind Bells Falls,” an acclaimed album of celeste and tape manipulation with the renowned composer Lea Bertucci. He has received numerous accolades, including in The Wire, Pitchfork, the New York Times, and Downbeat.

John Thayer produced the Earth Room album as well as countless others, and has collaborated with Daniel Carter, Zeena Perkins, Sunwatchers, Yai, and the last two releases by Arp, both for Mexican Summer, as well as his ambient compositions and field recordings under his own name. Thayer is also the in-house engineer for Thump Studios in Greenpoint, Brooklyn.

Ezra Feinberg was the founding member of the San Francisco psychedelic rock collective Citay, releasing albums on Important Records and Dead Oceans throughout the 2000s. After relocating to NYC, he issued his first solo record, Pentimento and Others, on his imprint Related States as well as its follow-up, Recumbent Speech. Feinberg’s releases have garnered glowing reviews in Pitchfork, The Wire, Aquarium Drunkard, Paste, and The Fader.