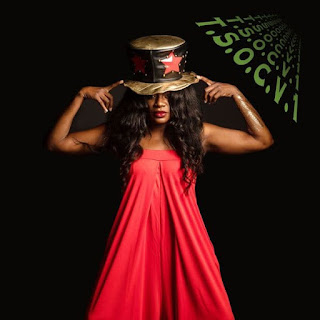 Twenty five musicians played their part on this project and have created the most authentic 70s soul you will ever hear in 21st century music, attention to detail even went as far as retrieving Al Green’s microphone from the original Hi sessions to enhance that vintage sound!

The eleven original songs penned by Kim herself are a soundtrack to her life, covering a range of themes such as love, hope and faith. A word of warning though, there’s a goodly number of long compositions on this album – their depth, beauty and intricacies simply cannot be edited – hence a double vinyl LP!

Loving You Makes Life So Easy! A classic in the making, conjuring the feel of those femme ballads from the mid 70s. When hearing this for the first time you’ll instantly get this as Kim’s monologue intro sets the scene!

Summertime – A dreamy ballad that evokes memories of summer’s gone by. The horn and string arrangement on this opus perfectly add to the theme as Kim gently unfolds her story; the scatting in the second half interspersed with the backing vocals are truly sensational!

Walk To The Light – A song about achieving personal empowerment. The string, bass and wah wah guitar intro let’s you know you are in for a musical treat. Kim’s voice builds and builds until she breaks out into a powerful crescendo along with her own Hammond organ playing – this is pure church!

In summary, this is an all killer no filler affair, from the opening drum beat on track one to the final whistle on …I'm Holding On…!