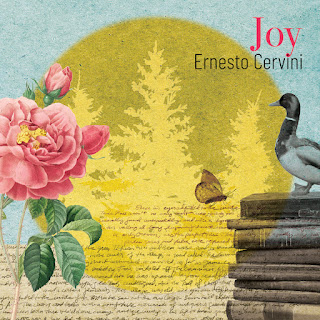 Joy is the latest record from Juno-winning drummer and composer Ernesto Cervini. Inspired by Louise Penny’s Gamache series of books (NYTimes Best-Sellers) and the qualities of goodness, decency, courage, and love that permeate them, Cervini was moved to compose music that captures the characters, landscapes and relationships created by Penny. From the opening track “Three Pines” that sets up this voyage, to a musical portrait of a duck and her cranky, poet laureate owner in “Ruth’s Rosa,” from the mercurial “Beauvoir” to the beautiful love story of “Sandalwood and Rosewater.” The album showcases Canada’s finest musicians and is the first of Cervini’s albums to feature vocalists; Two tracks feature Alex Samaras (Queer Songbook Orchestra), and an additional featuring track with Felicity Williams (Bahamas, Bernice), Emilie-Claire Barlow (2 time Juno Award winner, 6 time nominee) and Amy Cervini (Duchess)  who also co-produced the album. Featuring Ernesto’s Turboprop, Tune Town, Tetrahedron groups as well as other sonic surprises, this album is a musical journey through the soul and heart of Three Pines and the characters who inhabit it, guided by an adoring fan. Cervini’s music and personality beam with unbridled joy and this album is a true reflection of that. 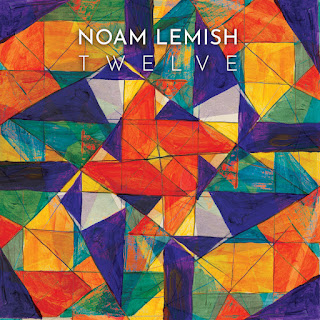 Noam Lemish is a Toronto-based pianist-composer whose music often defies categorization. In Twelve he leads a formidable jazz 12tet presenting a captivating set of six original compositions. This chamber-sized jazz orchestra – a nimble, yet powerful ensemble – features a stellar cast that includes many of Canada’s most prominent jazz artists, including multiple JUNO award winners. Growing up “in-between” cultures and places, having lived for extended periods in Israel, the United States and now Canada, Lemish’s music fuses an array of disparate influences and traditions. In Twelve, Lemish and his orchestra distill this integrated, transcultural musical life into a compelling, poignant, and joyful artistic statement. Lemish’s distinct and innovative voice as a composer permeates every facet of this recording. The six pieces that comprise Twelve stretch the conventional boundaries of the jazz idiom in more ways than one. Pushing jazz structures in new directions, the works showcase inventive, long-form, through-composed music that seamlessly integrates soaring melodies, exquisite large ensemble writing and orchestration with stunning improvised solos. Owing to Lemish’s multi-cultural upbringing and life experiences, the compositions also reveal a musical vision that embraces genre-bending as an essential feature. Lemish’s writing effortlessly blends his rootedness in jazz and western art music with the musical influences of his Israeli childhood and Eastern-European Jewish heritage. 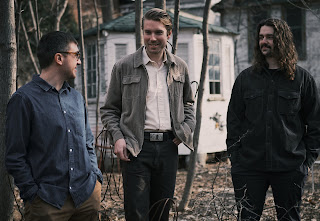 Wildwood is an exciting new release by the Harry Bartlett Trio. Rooted in the jazz tradition, this album draws heavily on American Folk and Western styles. The trio’s unique, focused identity offers a fresh path through the infinite potential of improvised music. The compositions on Wildwood were written and recorded on Gambier Island BC over a 6 month period. The rugged, isolated character of the BC coast permeates into the songs, lending qualities of reverence and peace. Through this process Harry was working closely with Toronto based guitarist and composer Geoff Young who lent his wide ranging experience and razor sharp focus as an artistic advisor. The Harry Bartlett Trio features Harry Bartlett (guitars), Caleb Klager (bass and modular synthesizer), and Harry Vetro (drum set). The Trio began in 2018 with the release of a debut EP, The Harry Bartlett Trio, and has since performed extensively, appearing in major venues and festivals across Canada. The Trio was awarded the TD Niagara Jazz Festival Jazz for the Ages Award in 2020. This album is a thoroughly crafted set of music that appeals not only to the dedicated forward thinking jazz listener, but to anyone interested in creative new music of a high caliber. After the release of 2 singles, Wildwood will be made available on November 18th 2022 with a release show held at the Array Space in Toronto on November 19th. 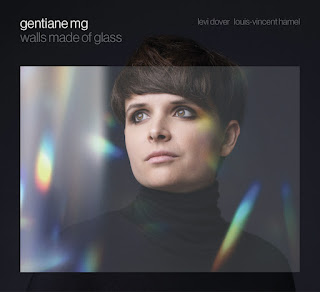 Gentiane MG – Walls Made of Glass

Following up on the potent musical message of her first two releases Eternal Cycle (2017) and Wonderland (2019), Montreal-based pianist Gentiane Michaud-Gagnon (known as Gentiane MG) is excited to share her deeply immersive third outing, Walls Made of Glass. The album features MG’s longtime colleagues Levi Dover (bass) and Louis-Vincent Hamel(drums), both major voices of the Canadian jazz scene, in a tour de force collection of new original music. More than ever, the band shares a deep bond that obscures the boundaries between written and improvised material. Walls Made of Glass comes from a desire to capture and to share meaningful and alive moments stemming from the deep connection MG has felt with her environment: objects, animals, plants, sounds and so forth. These inspirations led to 10 enthralling pieces, bright and full of contrast. Together with Dover and Hamel, MG creates a trio sound rooted in flexibility, interactivity, rhythmic command and expressive connection, conveying strong emotion and bringing imagination and mystery to a compelling acoustic landscape. Listening to Walls Made of Glass, one can lose themselves in a musical universe that goes way beyond notes, that stands as an artistic whole before everything else. Through music and artwork, Walls Made of Glass represents MG’s growing perspective on learning to live more in the moment and on the meaning of art. “When a light glows in the dark,” she offers, “our eyes are unavoidably drawn towards its beam. The moments from which this music originated are like this light. The contrast made them unexpectedly, yet miraculously, perceptible.” Driven by her love of modern jazz and her early training as a classical pianist followed by her development as a jazz pianist, MG pilots her trio with a vibrant sense of groove and lyricism, employing impeccable technique, revealing a penchant for bold dynamic arcs and harmony rich in ambiguity and subtle dissonance.