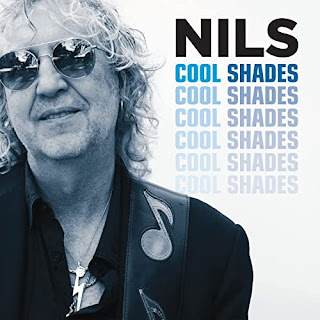 In 2021, as his #1 hits “Caught in the Groove” and “Outta Sight” were spinning regularly – ultimately making him Billboard’s #1 Smooth Jazz Airplay Artist of the Year – guitarist, composer and producer Nils was going through a rough personal time, traveling back and forth from L.A. to his original home of Munich to care for his ailing parents. The stylistically, eclectic gems written for his latest album Cool Shades (which he dedicates to his late father Kurt) alternately reflect the heavy emotions of this time, the importance of musical catharsis and the need for joyful, infectious and funky jams to balance the sadness and brighten up the world. Not surprisingly, Nils works his bluesiest excitement ever – a point emphasized by his clever jazzy arrangement of a Jimi Hendrix classic. ~ www.smoothjazz.com 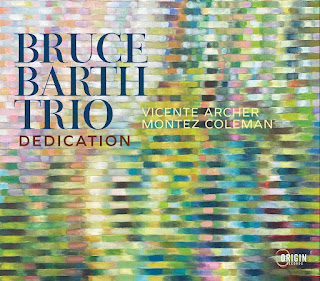 On his seventeenth album as a leader (and his first since 2019), Dedication, pianist and composer Bruce Barth brings thirty-five years of experience performing and recording at the highest level to bear in a heartfelt tribute and homage to a dear friend and partner in music, drummer Montez Coleman. Barth also pays tribute with compositions for Tommy Flanagan, McCoy Tyner and George Floyd. “’Live at Smalls’,” an engrossing record made over a few nights of gigs last fall by Mr. Barth’s trio at that tiny New York jazz club, makes his case better than I’ve ever heard it before: as a composer, a bandleader, an improviser, and a musician of modesty and patience…his music descends from the straight-ahead jazz piano-trio tradition since the late 1950s: Sonny Clark, Bill Evans, Wynton Kelly, Tommy Flanagan. In practice, he’s a player who can find essence underneath style; he connects the fragments of his band’s sound and melts into them.” ~ Ben Ratliff, The New York Times. 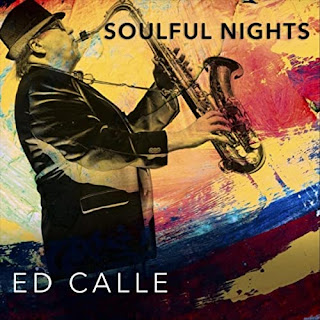 If you want to know what the multi-faceted musical city of Miami sounds like in 2022, listen no further than Soulful Nights, the latest seductive, snazzy, pop, funk and Latin jazz driven album by Latin Grammy winner and five time Grammy nominated saxophonist Dr. Ed Calle. Calle’s silky, uber-romantic and punchy tenor is the delightfully infectious emotional through-line on the compelling originals and imaginative covers of classics by Stevie Wonder, Bobby Caldwell and Marvin Gaye. Yet at heart, this multi-faceted project is a full-on celebration of the saxophonist’s hometown, featuring guest vocals by two pop greats that make their home there (KC of the Sunshine Band and the bilingual Jon Secada) as well as ace production and arrangements by legendary behind the scenes figures Hal Batt and Mike Lewis. ~ www.smoothjazz.com 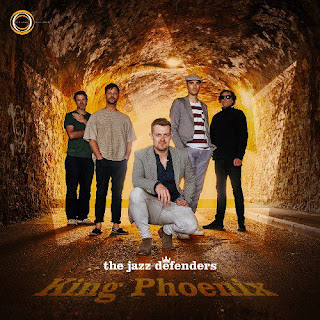 The Jazz Defenders are a group borne out of a deep love for Blue Note Records – specifically the hard bop recordings of Horace Silver, Hank Mobley, Lee Morgan and Art Blakey. Those records were highly regarded for a reason – catchy horn lines and incredible musicianship combined with Rudy Van Gelder’s engineering skills mean they will forever be regarded as classics of the genre. The Jazz Defenders are a group that would ‘defend’ the legacy of those recordings whilst creating its own original identity and distinctive flair. The group is the brainchild of vibrant pianist and composer George Cooper who in 2015, set about choosing the right musicians for the individual qualities and style that they would bring to the group. Featuring some of the UK’s finest players the line-up is Nick Dover (tenor saxophone), Nick Malcolm (trumpet), Ian Matthews (drums), Will Harris (bass), and George Cooper (piano). As session musicians in their own right, the five members of the band have worked with a variety of internationally acclaimed artists such as Kasabian, Nigel Kennedy, Hans Zimmer, Massive Attack, The Haggis Horns, Pee Wee Ellis, Andy Sheppard, Get The Blessing, Simon Spillet, Alan Barnes, Rodriguez & Nostalgia 77, as well as playing at venues including Ronnie Scott’s, The Jazz Cafe and The 606 Club. Alongside an intense schedule of live gigs the band began laying down their own tunes, effortlessly channelling the spirit of the golden Blue Note era of jazz. The result of these efforts was debut album “Scheming“ released at the end of 2019 on Haggis Records. The album puts its own unique twist on classic bebop and hard bop, giving a modern soul jazz slant to the traditional sound and proving once and for all that jazz is far from dead.