Peter Janson | "Getting To Here" 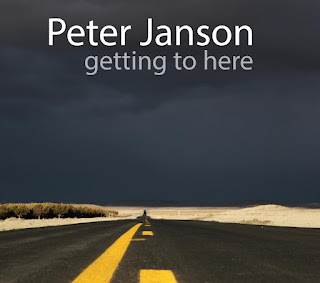 Recorded in Nashville March 15-18, 2022, this 6-track album is an intimate, introspective and soulful musical journey that includes jazz standards “All the Things You Are,” “Dindi,” and “Spain” (dedicated as a tribute to the profound influence Chick Corea’s music played in Janson’s artistic musings), original compositions “I Should Have Just Waved Hello,” and “Blues for Joe” (dedicated to Joe Pass), and the obscure yet guitar cult favorite “Lamentos do Morro” by Garoto. There aren’t many jazz guitarists today that are focusing on solo guitar, but for Janson, playing solo jazz guitar is both his contemporary passion - loving the solo guitar works by Pat Metheny, Kurt Rosenwinkel, and Wolfgang Muthspiel - and a nod to legends such as Joe Pass, Earl Klugh, and Jim Hall.

Getting to Here was produced by Eric Conn, and recorded and mixed by Brandon Bell at The Cabin Studio, Nashville TN.