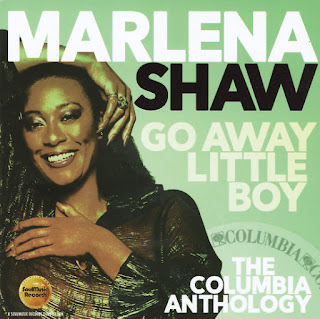 A huge set of work from the mighty Marlena Shaw – one that really documents the new level of genius she hit during her late 70s run at Columbia Records! After cutting some jazzier sides at Cadet in the late 60s, and some super mellow fusion ones at Blue Note in the early 70s, Marlena moved to big fame at Columbia during the mid 70s – working in a righteous smooth soul approach that skated the line between warm romantic ballads and righteous statements of female pride and power. The ultimate example of this is her fantastic remake of "Go Away Little Boy", merged here with the tune "Yu Ma", into a 7 minute track that has a sublime monologue in the middle – one in which Marlena accuses her man of hiding behind his heritage to not get down to business at a day to day level! Other tracks show Marlena as one of the most expressive, most together women in soul during the 70s – and the package features 28 tracks in all, including some rare single cuts too. Titles include "Yu-Ma/Go Away Little Boy", "The Writing's On The Wall", "No Deposit No Return", "Places", "Theme From Looking For Mr Goodbar", "I Thank You", "Touch Me In The Morning (rmx)", "It Was A Very Good Year/I'm A Foster Child", "I Think I'll Tell Him", "Sweet Beginnings", "More", "Pictures & Memories", "Moonrise", "Dreamin", "Rhythm Of Love", "Look At Me Look At You", "Shaw Biz/Suddenly It's How I Like To Feel/Shaw Biz", "I'll Be Your Friend", "Mama Tried", and "Walk Softly". ~ Dusty Groove 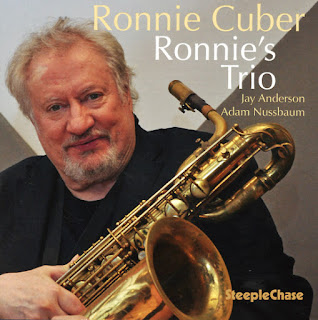 Ronnie Cuber's almost got a surprised look on the cover here – as if someone snapped the camera when he wasn't ready for the shot – but maybe that surprise also comes from the wonderful way in which his baritone sax works in a trio setting! The format here is one that's been familiar for tenorists from the late 50s onward – as the leader works with help from Jay Anderson on bass and Adam Nussbaum on drums – but the use of baritone in such a setting is a great change, especially when handled with the soulful depth that Cuber brings to his music! Ronnie clearly enjoys the freedom here, and definitely has a nice edge throughout – but he also never overindulges, and keeps most tunes at just the right level to maximize his creative flow. Titles include "Silver's Serenade", "Jean Marie", "The Jody Grind", "So Danco Samba", "Bernie's Tune", "All The Things You Are", and "Just Squeeze Me".  ~ Dusty Groove 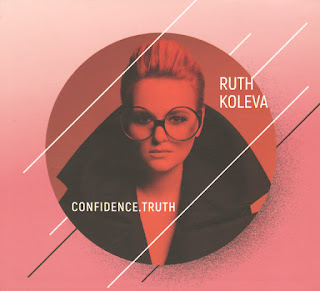 A lofty batch of modern pop soul from Ruth Koleva – a Bulgarian singer with the soaring voice and the kind of universally appealing approach that ought to make her a worldwide star! The production is breezily modern, with crisp beats and spacey keys, built for the kind of beaming, yet delicately emotional vocals that Ruth was seemingly born to sing, and the mix of effervescent pop and moving depth is a tough thing to balance. Ruth pulls it off masterfully! Includes "Oceans", "Run", "Tokyo", "A New Home", "Basil", "The Rain", "I Don't Know Why", "Wantchu" and "What You Say To A Girl?" and "Didn't I?". ~ Dusty Groove